Equinor, Naturgy Partner Up for Floating Wind Projects in Spain 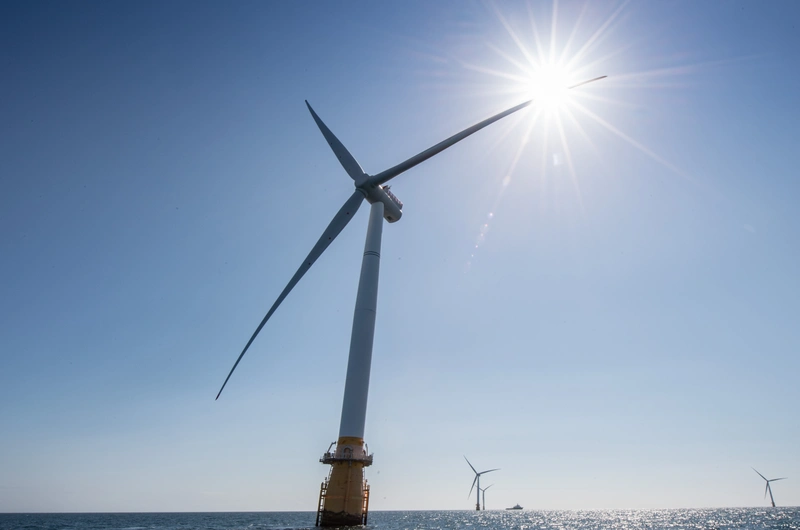 Norwegian energy company Equinor has partnered up with Naturgy, with the two firms entering a development agreement prior to Spain’s first upcoming offshore wind auction off the coast of the Canary Islands.

The Spanish government plans to develop up to 3 GW of offshore wind by 2030. The first Spanish offshore wind auction is expected to be in the Canary region in 2023 and here Equinor and Naturgy are jointly assessing the opportunity to develop and construct a floating offshore wind project, Equinor said.

“The cooperation is in line with the two companies’ joint ambition of utilizing their complementary capabilities to develop renewables in Spain, starting with commercial floating find projects. With more than 90% of the Spanish offshore wind areas being deep waters, Spain has an exciting opportunity to spearhead the next wave of floating offshore wind in Europe,” Equinor said.

According to a press release issued by Equinor on Wednesday, the Spanish energy company will contribute with its experience from onshore wind in Spain and Equinor with its proven capabilities in floating offshore wind technology and development.

“Spain plays a key role in the supply chain for offshore wind in the rest of Europe and Equinor has a long history of working together with the Spanish offshore supply industry. Key components like floating substructure, the tower, and the mooring at Equinor’s Hywind Scotland floating wind farm were produced in Spain,” Equinor said.

“As operator and developer of floating offshore wind farms we know the technology works, and we believe our floating experience makes us uniquely qualified to contribute to the development of floating offshore wind in Spain in a safe, sustainable and efficient way together with our partner. We look forward to collaborating further with the Spanish industry. Collaboration with ocean users is important to ensure co-existence with this developing industry,” says Sonja Chirico Indrebø, vice president Floating Offshore Wind.

DNV: Floating offshore wind to hit 264 GW by 2050. Barriers Need to be Removed

DNV, the independent energy expert and assurance provider has this week called the governments of countries where the floating wind is a viable option to remove existing barriers in their regulatory frameworks to allow for easier and faster deployment of floating wind projects.

DNV expects that offshore wind’s contribution to the wider energy mix will increase to about 40% of total wind production by mid-century, with floating offshore wind contributing 264 GW to the total 1,748 GW installed offshore wind capacity by 2050.

“The growing momentum for floating offshore wind will result in cost reduction, scaling of production, and broaden applicability; significant technological development is expected to solidify its growth in the next five years,” DNV said.

DNV said that the rise of floating wind technology is not merely circumstantial or solely linked to cost decline, as its particularly attractive features are driving a structural shift: floating turbines offer access to at least four times as much surface over deep water as bottom-fixed ones, which increases flexibility in site selection.

“This allows developers to target areas with higher wind speed, and lower social and environmental impact. Moreover, wind is a local and renewable source, which not only plays a role in the transition to decarbonized energy systems, but also reinforces energy security by curtailing dependence on imports,” DNV said.

“Europe is currently leading the shift to wind power thanks to ambitious net-zero targets, substantial investments in innovative technologies and support for projects such as [Equinor’s] Hywind Tampen, the world’s largest floating offshore wind farm, currently under construction.

Now that success stories like the Kincardine, Hywind, and WindFloat Atlantic projects in Scotland and Portugal have proven that floating farms can perform as well as (or better than) bottom-fixed ones, major investments are being made in site development as well as grid connection in order to generate economies of scale –  providing a further push to renewable energy programs in an electricity market that has demonstrated a low resilience to international crises,” DNV added.

According to DNV, Southern European countries are embracing wind power more and more: in 2022 alone, France has already launched a 500MW auction round in the Mediterranean (consistent with its offshore wind capacity target of 7.4 GW by 2030), while Portugal has announced a potential 3 to 5 GW auction for this year.

Also, DNV said that, Spain whose industry plays a critical role in the development of floating offshore wind technology, ranking second worldwide in terms of active designs, is also expected to release its first auction before the end of the year, in line with a roadmap that sets a 1 to 3 GW target for floating-wind-generated power connected to the grid before the end of the decade.

“DNV’s latest Industry Insights research shows that 51% of the energy sector’s senior executives in France, Portugal and Spain expect to increase focus and investment in floating wind in the year ahead, which shows how great the impetus is on the industry side in these countries. While this is a positive sign, we need to move faster to meet the carbon emission reduction goals we committed to, ensure energy security and move prices downwards, says Ditlev Engel, CEO, Energy Systems at DNV.

“This can only happen with strengthened public support and the removal of the remaining barriers in these countries’ regulatory frameworks, continues Engel.

“We welcome the emergence of great enterprises like Windfloat Atlantic, EolMed or the floating projects off the coasts of the Canary Islands and Cantabria, but countries like France, Portugal and Spain still need more ambitious and proactive policies if they are to maintain their advance in the field. They are still forerunners at this time, but it is worth noting that projects that were introduced later in South Korea, for instance, will be in operation sooner, thanks to fewer regulatory roadblocks and speedier procedures” Engel says.