Equinor Ramping Up Output at Snorre B Platform after Earthquake 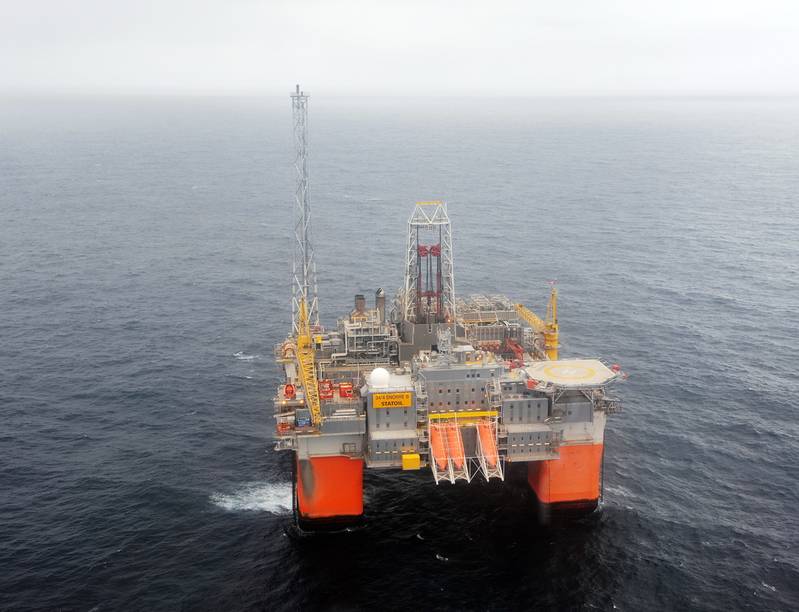 Norway’s Equinor is ramping up production at its Snorre B platform in the North Sea after shutting it down earlier on Monday following an earthquake, the company told Reuters.

“We started on this actually a couple of hours ago already, so we’re hoping to get back to normal production again pretty soon,” Equinor spokesperson Gisle Ledel Johannessen said.

Inspections of the sea bed, well templates and anchorage points with remotely operated vehicles had not revealed any damage, he added.

The quake, which took place early on Monday, had an estimated magnitude of 4.6, according to the Norwegian National Seismic Network.

The tremor was noticed at the Snorre field, which has several platforms, Johannessen said earlier on Monday.

While small earthquakes are common along Norway’s coast, a tremor of the magnitude seen on Monday happens only once a decade on average, University of Bergen seismology Professor Lars Ottermoller told newspaper Bergens Tidende.

The Nordic country has said it will do its utmost to maintain high output of oil and gas at a time when Western nations are seeking to wean themselves off Russian petroleum following last month’s invasion of Ukraine.