Equinor Sees Renewables Generating 10% of its Energy by 2030 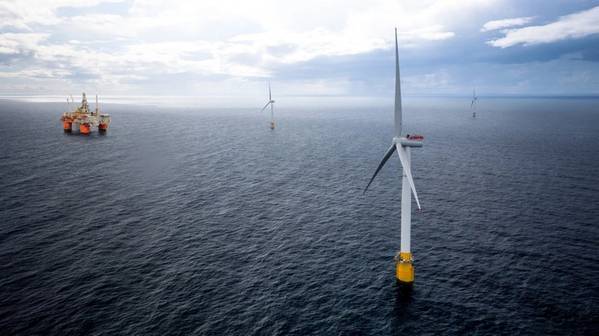 Norway’s Equinor said on Friday it expects renewable sources to account for about 10% of its energy output in 2030 despite a sharp increase in investment, while oil and gas will make up the remaining 90%.

The majority of state-owned company plans to increase gross investments in renewables and low carbon solutions, such as carbon capture and storage (CCS) and hydrogen, to 30% of its annual total by 2025 and to more than 50% by 2030.

“By 2030 we expect approximately 10% of our total energy production to be generated from renewable energy sources,” Equinor said in its sustainability report, disclosing this figure for the first time.

Equinor produced 1.6 terawatt-hours (TWh) in renewable energy in 2021, while its oil and gas production stood at 2.1 million barrels per day (bpd).

“Our investments in renewables and low carbon solutions increased from 4% to 11% of gross capex (in 2021), demonstrating our commitment to drive the energy transition,” Anders Opedal said.

Equinor said the investments will have a delayed impact on output due to the long-term nature of investments in energy projects.