Norwegian oil and gas giant Equinor last year said that the delivery of an FPSO, being built for the Johan Castberg field development in the Barents Sea, would be delayed after the company discovered issues with the weld quality of the hull of the FPSO under construction in Singapore.

In an update on Monday, Equinor said that, following the initial findings, an in-house investigation team from Equinor had studied the deviation in quality of welding and inspection of the Johan Castberg FPSO, being built by Sembcorp Marine in Singapore, and had found multiple factors, including Equinor’s own work processes, and welders that were not sufficiently competent, that have led to the weld quality issue.

“Safety is Equinor’s top priority. We are currently carrying out extensive cross-checking and repair of welds to ensure that the Johan Castberg production vessel meets the safety and integrity requirements. When Johan Castberg comes on stream, there should be no doubt that the vessel is safe,” says Geir Tungesvik, Equinor’s senior vice president for project development.

Equinor said that its team did not find any single event that caused the welding quality issued directly, but several causal factors now considered as having had an impact.

These include Sembcorp Marine’s failure to provide sufficient competent welders and welding inspectors for the execution of the scope and did not sufficiently comply with processes and work routines for execution and follow up of welding and inspection activities.

Also, the team found that Equinor has not sufficiently complied with its own work processes and procedures for risk management, construction management, and follow-up at the construction site.

“Even if Equinor’s follow-up team found signs of poor quality at an early stage, the extent and degree of seriousness were not understood. Sufficient measures were therefore not implemented,” Equinor said Monday.

Also, Equinor’s follow-up team has not had enough personnel with experience and expertise in welding and welding control and has not utilized the company’s technical expertise in these areas early enough. 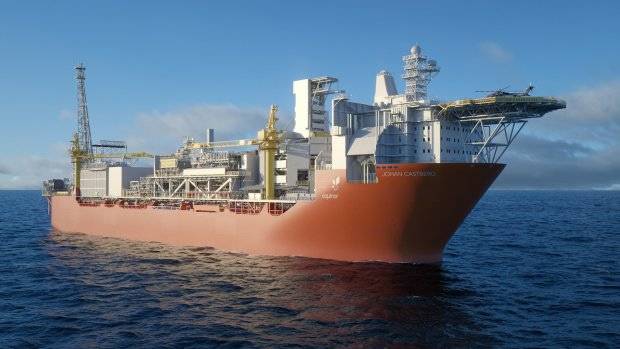 “We are preparing a plan with specific actions to follow up the findings and we will share our experience,” says Tungesvik.

Based on this work the team recommends Equinor to improve: the prequalification process for new suppliers; the practice for follow-up at construction sites, including risk management; the recruitment process for follow-up teams and team composition; Extensive control and improvement.

“When Equinor in the summer of 2019 cross-checked Sembcorp’s ultrasonic inspection of welds in the moonpool area of the hull by using own personnel, they discovered a higher failure rate than reported. It was then decided to cross-check all assembly welds. Unusually high failure rates in fabrication welds were revealed later,” Equinor shared Monday.

“We have therefore reassessed all structural welds on the hull. This is a very demanding job as the hull has already been built, however, safety comes first. The vessel must meet the requirements incorporated in the plan for development and operation (PDO) and obtain a DNV class certificate before sailing to the field,” says Tungesvik.

A reassessment of all structural welds has been made and extensive cross-checking is being carried out by use of non-destructive testing (NDT), including ultrasound, the company said.

“Equinor should have discovered the extent of welding defects earlier, however, the hull is still in dock, allowing us to repair the defects before it is launched,” says Tungesvik.

According to Equinor, the yard is responsible for correcting all deviations in quality and costs related to repair of welding defects are covered by Sembcorp Marine, according to the contract. The cross-checks and improvements are almost completed and are followed up closely by Equinor, the Norwegian oil firm said.

The hull for the Johan Castberg production vessel is scheduled to be transported to Stord on board the Boka Vanguard heavy-lift vessel late 2021, however, the Covid-19 pandemic still adds uncertainty to all schedules, the company said.

The FPSO hull was ordered by Equinor (then known as Statoil) back in 2017 from Singapore’s Sembcorp Marine and it was at the time said that the construction of the hull was “the most time-critical delivery for the completion of the Johan Castberg project,” first production from which was at the time targeted for 2022

In October 2020, Equinor reported that the Johan Castberg project would be delayed by one year, with planned production start in the fourth quarter of 2023.

“The main cause of the delay is the Covid-19 pandemic and associated infection control measures introduced at the yards in Singapore, Stord, Verdal and Sandnessjøen. Other challenges include the progress in Singapore and deviations in welding quality,” Equinor said.