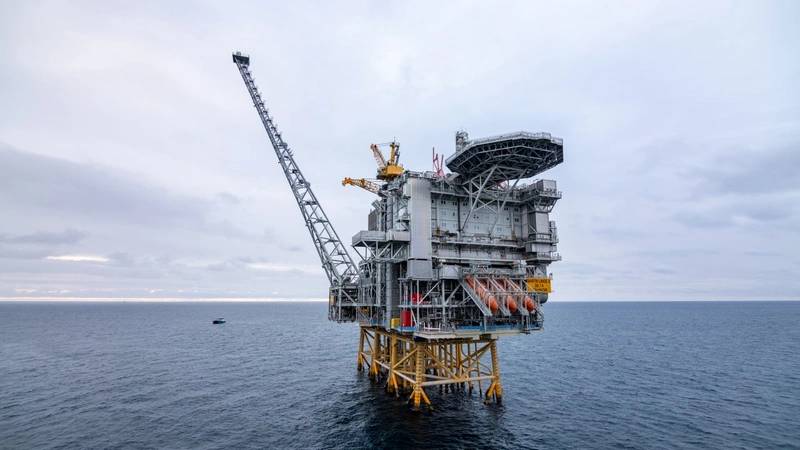 Norwegian oil and gas firm Equinor is planning to drill new wells at its Martin Linge development in the North Sea, after discovering that several previously drilled wells do not have the necessary barriers and that bringing them online would not be safe.

Equinor took over the operatorship of the field from Total in 2018 and has since carried out an “in-depth” analysis of the wells drilled at the field by the previous operator.

“This review concludes that several of the wells do not have the necessary barriers. Equinor , therefore, plans to drill new wells in order to ensure safe production,” Equinor said.

In four gas wells that were drilled at Martin Linge before 2018 well barrier deficiencies that are considered to make them inappropriate for safe production have been established, Equinor said.

“The wells are considered safe as they are now, but we will keep them plugged and under continuous monitoring until we have reduced the pressure in the formation by producing from other wells. Safety is always priority number one,” says Geir Tungesvik, acting EVP for Technology, Projects and Drilling in Equinor.

The Martin Linge platform is designed for a mixture of oil and gas and needs gas wells that produce at a certain rate for start-up and production.

“Our number one priority is to ensure the safe start-up of the field. We will therefore plan to drill up to three new gas wells in addition to the two remaining wells from the plan for development and operation (PDO) for the field to produce as originally planned,” says Tungesvik.

The costs of drilling up to three new wells total of about NOK 2 billion (USD 221,2 million).  The Maersk Intrepid jack-up drilling rig recently started the drilling operations at Martin Linge.   Equinor is the majority shareholder and the operator of Martin Linge (70%), with Petoro (30%) being the only partner.

Martin Linge is a field near the border to the UK sector in the northern part of the North Sea, 42 kilometers west of the Oseberg field, in a water depth of 115 meters.

The plan for development and operation of Martin Linge was submitted to the Norwegian authorities in January 2012 and approved by the Norwegian parliament in June the same year.

The development concept is a fully integrated fixed production platform and a floating, storage, and offloading unit (FSO) for oil storage.

The start-up of production from the field has been delayed several times, most recently due to a COVID-19 case at the installation in March, which had halted the hook-up and commissioning work for a certain period.

Equinor had planned to bring the field online later this year, however, updated info on the company’s website shows that Martin Linge is now scheduled to go online in 2021.

When the field is brought on stream, the gas will be transported through a new pipeline connecting the field to the existing pipeline going to St. Fergus, Scotland. The oil will be processed on the storage vessel and transported from the field in shuttle tankers.