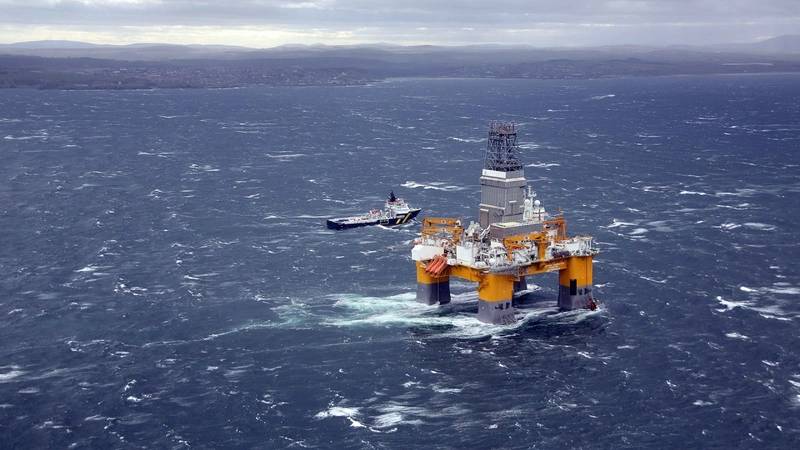 Odfjell Drilling on Monday said Equinor had awarded it a letter of intent for the drilling and completion of the Breidablikk project with Deepsea Aberdeen drilling rig, which recently arrived in Norway after years spent drilling for BP in the UK.

The letter of intent with Equinor is subject to the finalization of the contract.

The contract with Equinor is set to start during spring 2022 with a scope of 15 firm wells and an estimated duration of 2.5 years. In addition, there are nine optional wells for Equinor to extend.

Odfjell Drilling said that the approximate contract value for the firm scope was $290 million (excluding any integrated services,  modifications/upgrades, and mobilization/demobilization fees).

“In addition, a notable performance incentive rate will apply when wells are delivered ahead of target. The rate for the optional wells will be mutually agreed based on performance and market benchmarks,” Odfjell Drilling explained.

Erik G. Kirkemo, senior vice president of drilling & well operations in Equinor said: “We have had excellent cooperation with Odfjell over time, and they have consistently delivered wells safely and efficiently to us by use of the Deepsea Atlantic drilling rig. This time a sister rig with the same technical design will be used and we have high expectations to Deepsea Aberdeen as well.

“Through this agreement we are enhancing our cooperation with Odfjell based on our good experience with the company, and it will be exciting to develop this further.”

Simen Lieungh, CEO Odfjell Drilling AS, says: “We are delighted to secure another long term development project with Equinor and build upon our successful relationship by adding the Deepsea Aberdeen to the Equinor fleet.”

To remind, oil major BP last month terminated the contract for the Deepsea Aberdeen. The contract was originally expected to end in April 2022.

Under the contract terms, BP will pay Odfjell Drilling an early termination fee through monthly payments until April 2022.

Worth noting, the 2014-built rig, that BP used in the UK sector since the delivery, has already secured a contract in Norway with Wintershall Dea.

Wintershall Dea will use the harsh environment drilling unit to drill exploration wells at Dvalin North and Bergknapp fields and development wells at Vega field on the Norwegian Continental Shelf.

The contract with Wintershall, expected to begin in in February/March period of 2021, is for four firm and three optional wells with an expected firm duration of approximately 300 days.