Posted by tesla@jabvertising.com on April 5, 2022 | Featured 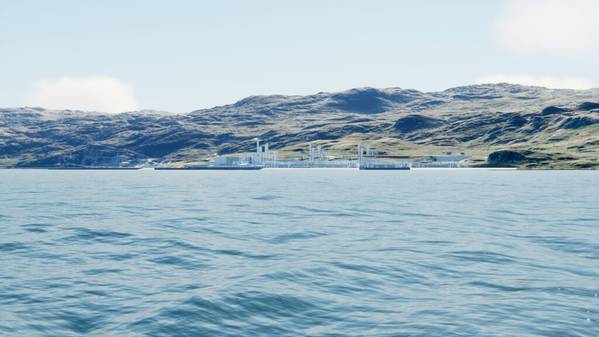 Norwegian oil and gas company Vår Energi has together with its partners Equinor (operator) and Horisont Energi, been awarded the Polaris CO2 storage license in the Barents Sea,

The Polaris CO2 storage reservoir is located in the Barents Sea, ca 100 km off the coast of Finnmark. It represents a key component of the Barents Blue project which Vår Energi is further developing towards a concept selection in collaboration with Equinor and Horisont Energi, Vår Energi said.

“We are aiming to become a net-zero producer, scope 1 and 2, by 2030, and the Barents Blue and Polaris could become an important step towards being carbon neutral. As an owner of major resources in the Barents Sea, we are committed to effective resource management and value creation in the region,” Bjørn Thore Ribesen, VP Field Development and Projects, said.

Vår Energi entered into the Barents Blue partnership with Equinor and Horisont Energi to explore the possibilities for producing blue ammonia from natural gas, with CO2 capture and storage in Hammerfest, in September 2021. This was followed by a cooperation agreement with the partnership for the development of the Polaris CO2 storage concept signed in the same year.

The license was awarded to the Polaris project partnership by the Norwegian Ministry of Petroleum and Energy, as part of the announcement of CO2 storages on the Norwegian Continental Shelf on April 5.