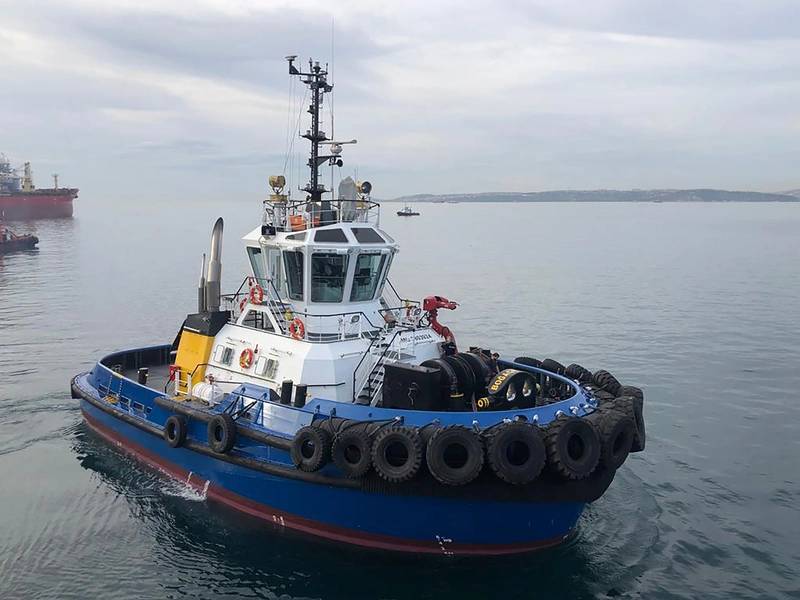 The twin Z-drive, diesel powered tug has been designed for maximum efficiency in the performance of ship-handling duties for sea going ships.
Eren Energy is part of the Istanbul-headquartered conglomerate Eren Holding, which has business interests in paper, packaging, cement, energy, retail, textile, tourism and ports, including Eren Port on Turkey’s Black Sea coast. Bogacay XXXlll is the third tugboat that Sanmar has sold to Eren Energy.

The tug has an overall length of 24.4m and a moulded beam of 11.25m, and its two main engines each produce 1,765kW of power to give the vessel a bollard pull of 60 tonnes. Bogacay XXXIII comes with Class 1 fire-fighting capability and can achieve a free running speed of 13 knots. It has a fuel capacity of 74.2m3.