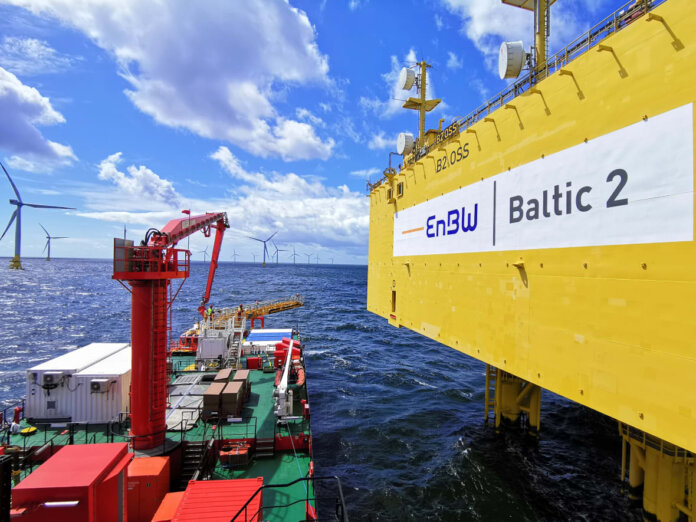 ESVAGT, a provider of safety, support at sea and services for the offshore wind industry, says its Esvagt Dana service operation vessel (SOV) will be supporting Siemens Gamesa during maintenance work on the Baltic 2 offshore wind farm. For the next three to six months, the SOV will connect its gangway system to the offshore wind turbines in the wind farm.

“The Baltic 2 offshore wind farm suits the Esvagt Dana really well; Siemens Gamesa specifically asked whether it was available,” says Ib Henrik Hansen, head of commercial at ESVAGT. “The waters of the Baltic and the low turbine height make the gangway system on the Esvagt Dana ideally suited to the work. The cooperation we experienced the last time we worked together was excellent, and we are looking forward to building on that good experience.”

ESVAGT and Siemens Gamesa have entered into a 95-day agreement with an option of a further three months. The vessel successfully provided support in Baltic 2 from November 2019 to August 2020 when the Esvagt Froude SOV, which had been working in the offshore wind farm since Baltic 2 was built, moved on to new tasks in Triton Knoll in the English sector.

ESVAGT says it has a fleet of SOVs which the company pioneered in 2010. The SOVs provide accommodation for technicians, spare time facilities, offices and conference rooms, storage for small turbine parts, and workshops. The SOV offers flexible personnel and equipment transfer capabilities by either a walk-to-work gangway system or safe transfer boats.