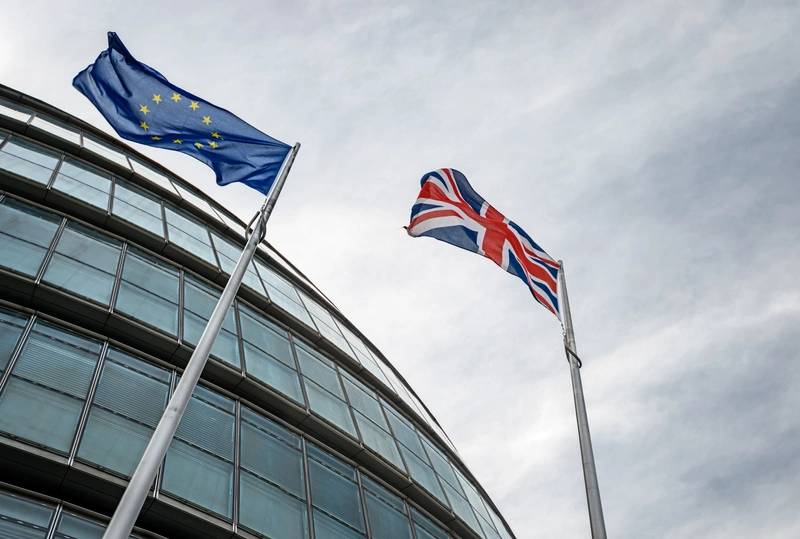 Britain clinched a narrow Brexit trade deal with the European Union on Thursday, just seven days before it exits one of the world’s biggest trading blocs in its most significant global shift since the loss of empire.

The deal, agreed more than four years after Britain voted narrowly to leave the bloc, means it has averted a chaotic finale to the tortuous divorce that has shaken the 70-year project to forge European unity from the ruins of World War Two.

It will preserve Britain’s zero-tariff and zero-quota access to the bloc’s single market of 450 million consumers, but will not prevent economic pain and disruption for the United Kingdom or for EU member states.

Many aspects of Britain’s future relationship with the EU remain to be hammered out, possibly over years.

“It was a long and winding road,” European Commission President Ursula von der Leyen told reporters. “But we have got a good deal to show for it. It is fair, it is a balanced deal, and it is the right and responsible thing to do for both sides.”

“We will be an independent coastal state,” he said. “We will be able to decide how and where to stimulate new jobs.”

The UK formally left the EU on January 31 but has since been in a transition period under which rules on trade, travel and business remained unchanged until the end of this year.

‘Jumbo’ deal
Johnson described the last-minute agreement as a “jumbo” free trade deal along the lines of that done between the European Union and Canada, and urged Britain to move on from the divisions caused by the 2016 Brexit referendum.

The deal will also support the peace in Northern Ireland – a priority for U.S. President-elect Joe Biden, who had warned Johnson that he must uphold the 1998 Good Friday Agreement.

EU member Ireland said the deal, which the Commission website said would be published soon, protected its interests as well as could possibly have been hoped.

The trade pact will not cover services, which make up 80% of the British economy, including a banking industry that positions London as the only financial capital to rival New York.

Access to the EU market for UK-based banks, insurers and asset managers will become patchy at best.

Johnson said the deal did not contain as much as he would have liked on regulatory equivalence for financial services, but still contained some “good language”.

A deal had seemed imminent for almost a day, until haggling over just how much fish EU boats should be able to catch in British waters delayed the announcement of one of the most important trade deals in recent European history.

When the UK shocked the world by voting to leave the EU, many in Europe hoped that it could stay closely aligned. But that was not to be. Von der Leyen, quoting Shakespeare, said that “parting is such sweet sorrow”.