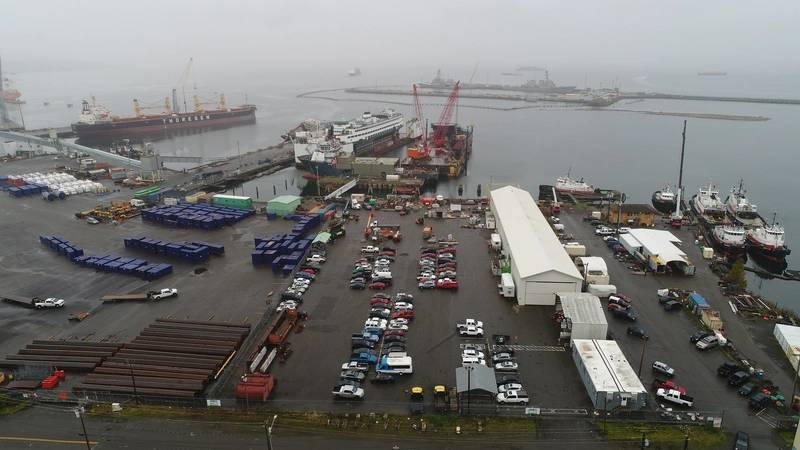 Everett, Wash. repair yard Everett Ship Repair announced it is expanding through the addition of a crane barge and second dry dock.

ESR said it recently purchased the dry dock Zidell 220 to be relocated to its facility at the Port of Everett for operation by early spring 2022. The dry dock, with lifting capacity of 2,000 tons and working deck area of 220 feet by 62 feet, will be renamed Emerald Lifter in tribute to Puget Sound, which is also known as the Emerald Sea.

Established in 2019, ESR is a sister company to Nichols Brothers Boat Builders (NBBB), providing repair and other services to vessels on the U.S. West Coast. The company said its new dock will be used for both government and commercial work, especially tugboats, fishing vessels and other workboats. It added that the combination of the two dry docks lends itself well to serving articulated tug barge (ATB) pairings as the yard can now serve both tug and barge in the two dry docks simultaneously.

“The expansion of capacity at Everett Ship Repair allows us, in combination with Nichols Brothers Boat Builders, to provide unparalleled services to the marine industry in the Puget Sound and surrounding areas” said Gavin Higgins, CEO of ESR and NBBB.