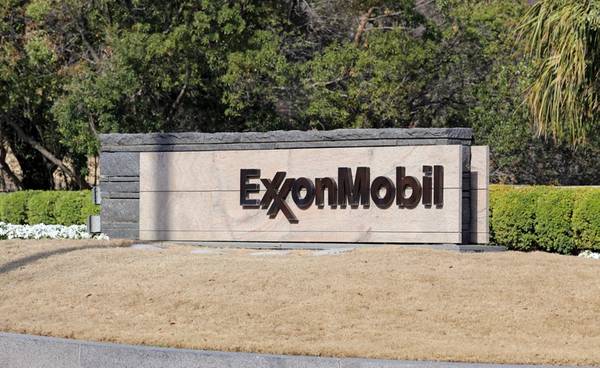 The company slashed spending after fuel demand cratered two years ago and, since then, earnings have topped pre-pandemic levels. On Monday, Exxon also disclosed a business shakeup to accelerate a $6-billion cut to operating expenses set in motion last year.

The revamping will “position us to lead in cash flow and earnings growth, operating performance, and the energy transition,” Chief Executive Darren Woods said in a statement.

Exxon reported a profit of $2.08 per share, above analysts’ forecast of $1.94 as the bottom line benefited from soaring oil and gas prices, higher volumes and asset sales. In the same quarter a year ago, Exxon posted an adjusted profit of 3 cents a share.

Shares were up 1.4% in pre-market trading. The stock closed Monday at its highest since July 2019 as oil prices topped $91 per barrel on worries over supplies and geopolitical tensions.

Oil and gas production, Exxon’s largest business, posted a $6.1 billion operating profit, the highest in two years. Earnings benefited from an 80% increase in oil prices and doubling of natural gas prices compared to 2020.

The company had flagged gains from asset sales and a $752 million, or 17 cents a share, hit to upstream results from impairment charges.

Its refining business posted fourth-quarter operating net of $1.4 billion, up sequentially and a big swing from a year ago when results were hurt by pandemic-related demand declines.

Chemical operating earnings were more than twice the profit a year ago when the business was hurt by the pandemic. Exxon said on Monday it would combine its refining and chemicals businesses.