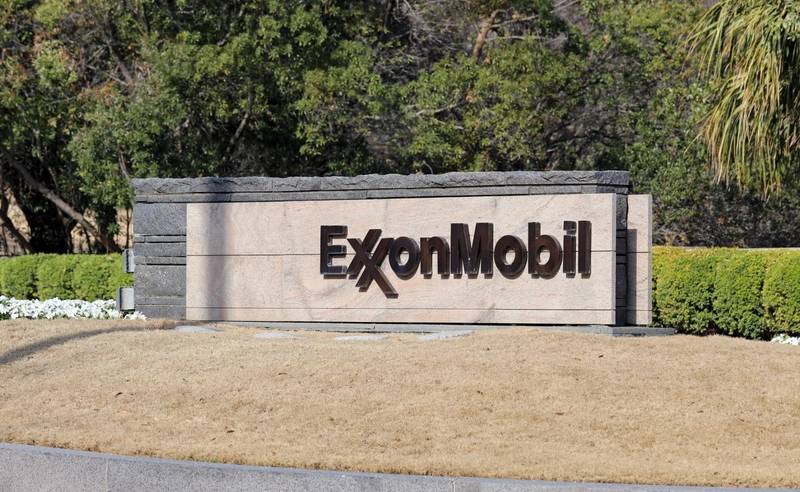 Exxon Mobil Corp doubled its first-quarter per-share profit, it said on Friday, but the results fell short of Wall Street estimates, even excluding a $3.4 billion writedown from its withdrawal from Russia.

The top U.S. oil producer tripled its buyback program, saying it will repurchase upto $30 billion in shares by the end of next year.

The company’s adjusted earnings per share came to $2.07, short of the Refinitiv consensus for $2.12 a share, while revenue came in at $90.5 billion, below the $92.7 billion consensus.

The results included a $3.4 billion after-tax hit on the oil major’s Russia Sakhalin-1 operation, which it said it would exit on March 1, shortly after Moscow’s invasion of Ukraine on Feb. 24.

Exxon’s writedown follows others oil majors exiting Russia after the Ukraine invasion. BP PLC BP.L and Shell PLC RDSa.L have flagged up to $25 billion and $5 billion in writedowns from leaving their Russian businesses, respectively.

Exxon has been trying to boost output in its primary development areas, the U.S. Permian basin, and in Guyana, the tiny South American nation that has seen windfall oil discoveries in recent years and where Exxon has two major offshore developments.

Notably, the company’s refining division posted much weaker results from the previous quarter, with earnings of $332 million, compared with $1.5 billion in the fourth quarter. The company said the sharp rise in prices ended up costing $1.3 billion of “negative timing impacts,” including $760 million in mark-to-market effects on open derivatives positions.

The company said those losses will be unwound when it makes certain physical sales.

Exxon’s output of crude and other liquids including bitumen and synthetic oil was 2.3 million barrels per day, a 5% drop from the previous quarter. Natural gas production fell by 1.5%.

(Reuters – Reporting by Sabrina Valle in Houston and Shariq Khan in Bengaluru; Editing by Arun Koyyur; editing by David Evans and Chizu Nomiyama)