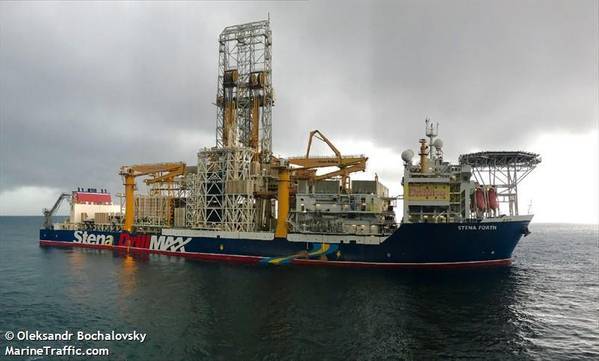 Stena Forth – Image by Oleksandr Bochalovsky/MarineTraffic

ExxonMobil will use the drilling rig for operations offshore Eastern Canada, in the second half of 2022. The contract is for one firm well.

To drill the well in Canada for ExxonMobil, Stena Drilling will move the drillship from the Eastern Mediterranean to Canada after an agreement was reached to accommodate this well for ExxonMobil within the Stena Forth’s contractual backlog.

“It is planned that the rig shall return to the Eastern Mediterranean upon completion of operations in Canada,” Stena Drilling said.

“We are delighted to have secured further work with ExxonMobil with our DrillMAX class fleet and look forward to completing a safe and efficient campaign in Eastern Canada,” the company added, without sharing details on the value of the contract.

As for the Eastern Mediterranean operation, Stena Drilling last year won a contract with Noble Energy, a subsidiary of Chevron, for the Stena Forth in Israel. The contract is for the decommissioning of four wells, with an option to extend the contract for up to three P&A wells and one completion in Israel, as well as one further option well for a well offshore Cyprus.

Stena Forth is a 6th Generation harsh-environment dual-activity dynamically positioned (DP3) drillship, capable of drilling in water depths up to 10,000ft (3048m).

The rig was used earlier this year in Suriname by Tullow, to for the drilling of the Goliathberg-Voltzberg North prospect (GVN-1) in the offshore Block 47. The well came up dry, and Tullow said Wednesday it would be leaving Suriname at year-end.