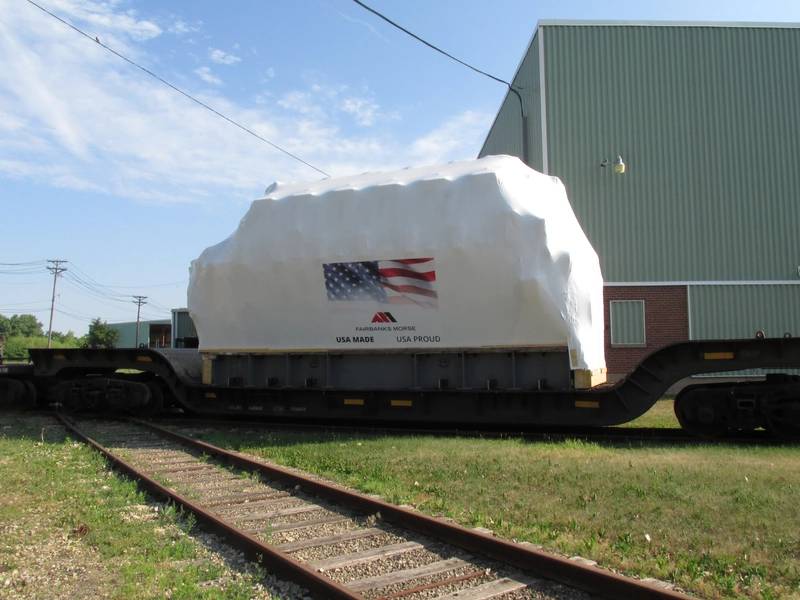 The engines are traveling from Beloit, Wis. to FME’s customer National Steel and Shipbuilding Company (NASSCO) in San Diego via railroad. Upon arrival, they will be installed in the hull of the ship.

The engines feature common rail (CR) technology, which provides an advanced control system to deliver precise amounts of fuel throughout all engine operations. Common Rail technology can be used on engines for both propulsion and auxiliary applications and provides improved engine performance, increased fuel efficiency, reduced engine noise, and lower emission levels in comparison to their mechanically injected counterparts.