FBI: Amount of Chemicals in Beirut Blast Was a Fraction of Original Shipment 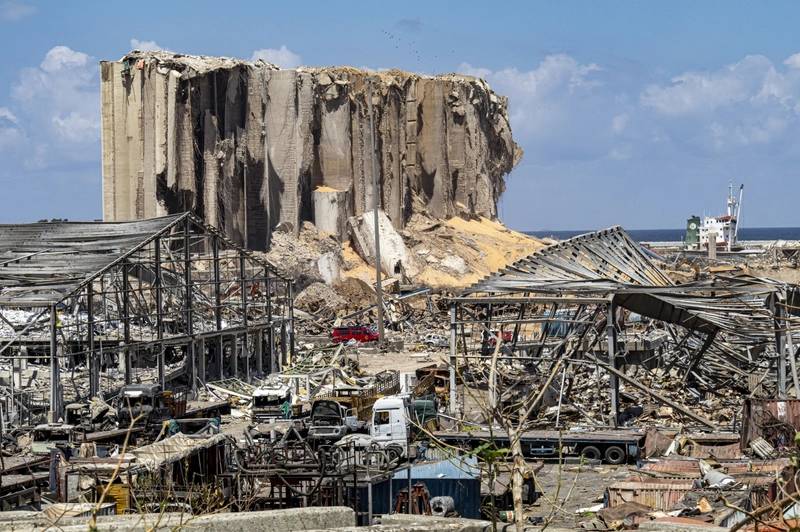 The amount of ammonium nitrate that blew up at Beirut port last year was one-fifth of the shipment unloaded there in 2013, the FBI concluded after the blast, adding to suspicions that much of the cargo had gone missing.

As the first anniversary approaches on Aug. 4, major questions remain unanswered, including how a huge quantity of ammonium nitrate – which can be used to make fertilizer or bombs – was left unsafely stored in a capital city for years.

The blast was one of the largest non-nuclear explosions ever recorded, killing more than 200 people, wounding thousands, and devastating swathes of Beirut.

The FBI’s Oct. 7, 2020 report, which was seen by Reuters this week, estimates around 552 tonnes of ammonium nitrate exploded that day, much less than the 2,754 tonnes that arrived on a Russian-leased cargo ship in 2013.

The FBI report does not give any explanation as to how the discrepancy arose, or where the rest of the shipment may have gone.

In response to a detailed request for comment, an FBI spokesperson referred Reuters to the Lebanese authorities.

FBI investigators came to Beirut after the blast at Lebanon’s request.

A senior Lebanese official who was aware of the FBI report and its findings said the Lebanese authorities agreed with the Bureau on the quantity that exploded.

Many officials in Lebanon have previously said in private they believe a lot of the shipment was stolen.

The ammonium nitrate was going from Georgia to Mozambique on a Russian-leased cargo ship when the captain says he was instructed to make an unscheduled stop in Beirut and take on extra cargo.

The ship arrived in Beirut in November 2013 but never left, becoming tangled in a legal dispute over unpaid port fees and ship defects. No one ever came forward to claim the shipment.

The senior Lebanese official said there were no firm conclusions as to why the quantity that exploded was less than the original shipment. One theory was that part of it was stolen. A second theory was that only part of the shipment detonated, with the rest blown out to sea, the official said.

It noted the warehouse was large enough to house the 2,754 tonne shipment, which was stored in one-tonne bags, but added “it is not logical that all of them were present at the time of the explosion”.