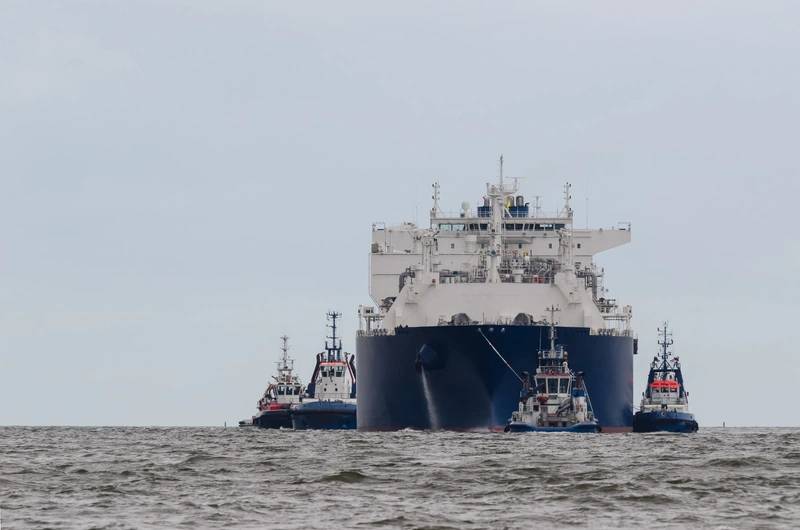 Supplies to U.S. liquefied natural gas export plants reached near record levels over the weekend as vessels docked for loading at all seven export terminals for the first time, according to Refinitiv.

Venture Global received permission on Friday from federal energy regulators to load LNG on the first commissioning vessel at its Calcasieu Pass export plant in Louisiana. The Yiannis tanker will likely be the first vessel to pick up a cargo from the facility, according to data from Refinitiv.

On Saturday, feed gas to the LNG plants reached 13.2 billion cubic feet per day (bcfd), the highest since hitting an all-time high of 13.3 bcfd on Jan. 20 when all six liquefaction trains at Cheniere Energy Inc’s Sabine Pass in Louisiana were operating near full capacity.

This comes as LNG exports to Europe have been at record highs in recent weeks as utilities scramble for cargoes in the event of a Russian invasion of Ukraine, which could cut off gas supplies to the rest of Europe.

Over the past six months, U.S. LNG export capacity has increased about 0.9 bcfd to 12.4 bcfd after the sixth train (0.76 bcfd) at Sabine started producing the super-chilled fuel around November and the first trains (0.18 bcfd) at Venture Global Calcasieu started producing LNG in January.

That makes the United States the biggest LNG exporter in the world by capacity, topping Australia and Qatar, and puts the country on track to become the biggest exporter by volume in 2022, according to data from Refinitiv and the International Gas Union.

That growth will likely continue with several proposed U.S. LNG projects likely to get financial approval this year including Venture Global and Tellurian Inc plants, both in Louisiana, and a Cheniere project in Corpus Christi, Texas.