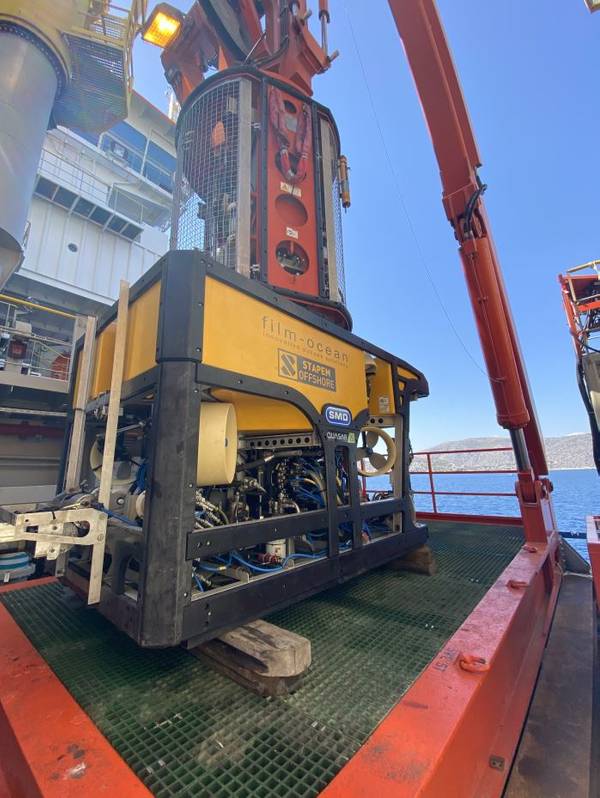 “This significant investment is part of Film-Ocean’s fleet expansion strategy, which has seen four ROV systems added to the fleet over the past 12 months,” Film-Ocean said.

Working at depths of up to 3000m Film-Ocean’s Quasar 150HP Workclass ROV, a medium-sized high-power ROV, can be used for surveying, IRM, drill support, and construction tasks.

Scott Jenney, Film-Ocean CEO reported: “The additional Quasar ROV system is the latest in a series of planned developments within the business and an excellent addition to the fleet. We continue to see a high level of enquiries for this type of ROV system and this investment allows us to provide the additional capacity that our customers require.”