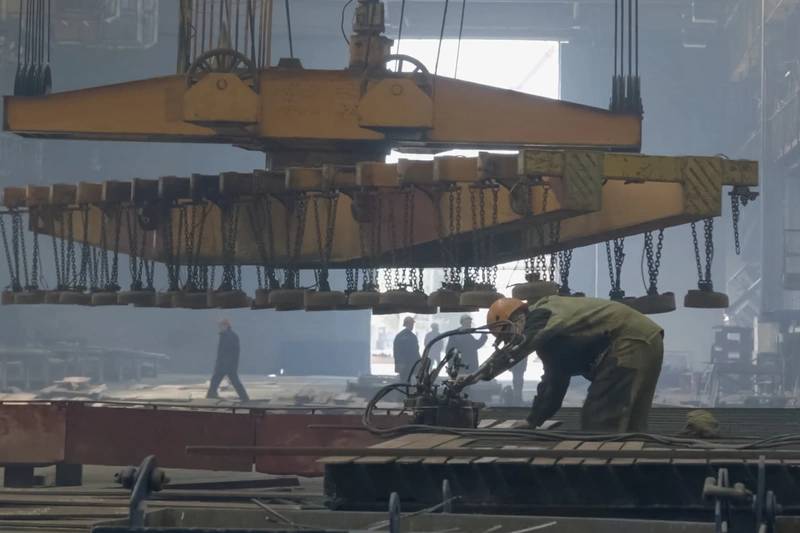 As Europe steps up its military spending after Russia’s invasion of Ukraine, Italian shipbuilder Fincantieri expects to expand its defense business, but sees M&A activity halted for now, its top executives said on Thursday.

Speaking at an analysts call on 2021 results, Fincantieri CFO Giuseppe Dado said that the group’s naval division was poised to grow in the short term thanks to the backlog of orders already secured.

In the long-term the naval business, which makes military vessels, could rise to up to 40% of its shipbuilding segment, from a current figure of 31%, Dado said.

In 2021 the shipbuilding segment reported a 27% rise in sales to 5.9 billion euros, the group said late on Wednesday, adding that total revenue reached 6.7 billion euros.

Fincantieri did not give specific guidance on 2022 results citing the uncertainty stemming from both geo-political tensions and raw materials and energy prices inflation.

The group’s executives however said that the core profit margin, which is an indicator of profitability, would remain high, after recovering to 7.4% last year.

Last year Fincantieri made a non-binding offer to buy Leonardo’s OTO Melara and Wass units, which make cannons and torpedoes.

At the same time, the shipbuilder has also considered buying Thyssenkrupp’s submarine business in partnership with Germany’s Rheinmetall, sources had told Reuters.

“Everything is suspended in the current scenario,” General Manager Fabio Gallia said, answering a question about the two potential deals.

Excluding uncertainties connected to the conflict between Russia and Ukraine, as well as health concerns, the group said in a statement it could return to a “sustainable dividend distribution starting from 2022”.