First Ever Electric Voith Schneider Propellers Ready to Be Installed 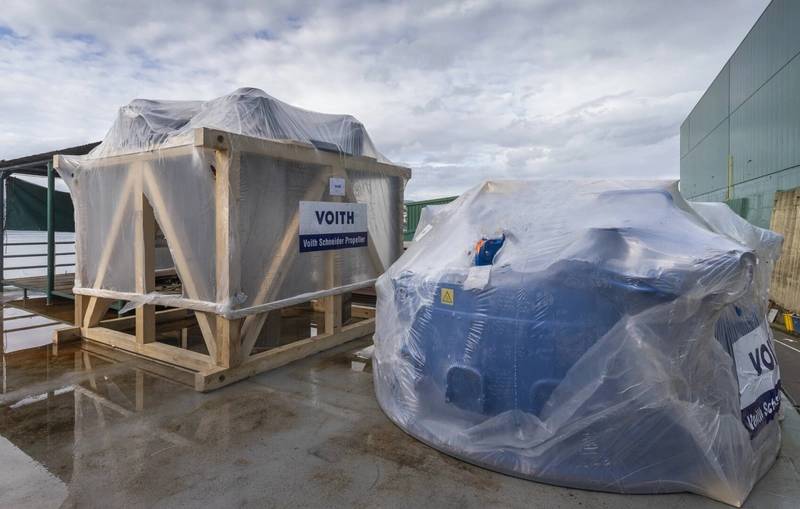 The first eVSP passed the factory acceptance test (FAT) several weeks ago at Voith facilities in Germany. Gondan will be the first shipyard in the world to integrate them into a vessel.

Each eVSP is fitted with five 2.3-meter blades driven by an integrated electric permanent magnet motor with an input power of 1,850 kilowatts, delivering a fast and smooth response while keeping noise-emissions to minimum levels.

In total, Voith will deliver eight eVSPs for Østensjø Rederi’s four SOVs being built at the Astilleros Gondán shipyard for delivery from 2022.

In addition to the custom-built eVPS units, each of the newbuilds will be equipped with  two independent battery banks as part of a battery hybrid propulsion systems that will enable the future use of CO2-neutral hydrogen technology.