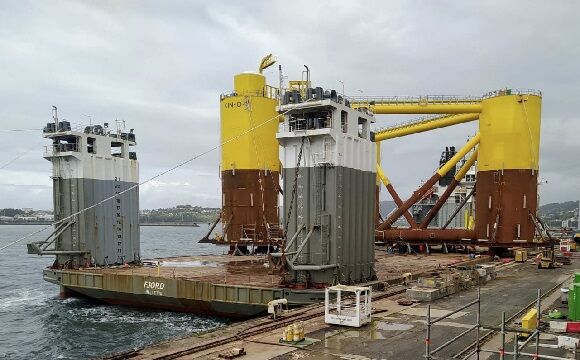 Fjord began its journey from Navantia’s yard in Fene on 7 October towards Rotterdam, where the turbine will be mounted on the foundation before leaving for the wind farm site.

The semi-submersible vessel is expected to be back in Fene in approximately 15 days to carry out the loading of the second foundation of the three that are completed.

Once fully completed by the end of 2020, the project will comprise one 2 MW and five 9.6 MW MHI Vestas turbines, becoming the largest operating floating wind farm in the world.

The 2 MW unit has been operating offshore Aberdeen since October 2018.