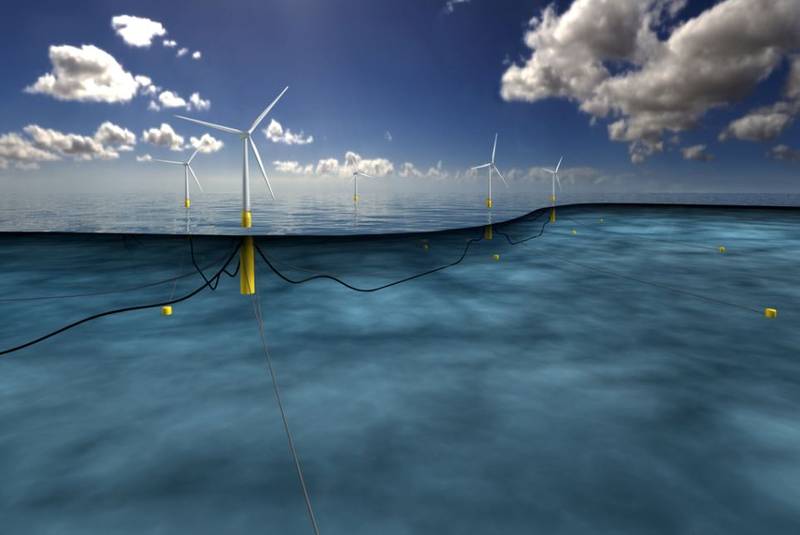 “Scotland is currently the world leader in the deployment of floating offshore wind with the Hywind project and the soon to be completed Kincardine wind farm. The combined capacity of these projects, at 80MW,  puts Scotland at the top of the floating offshore wind league and, with plans to scale up to commercial projects in the forthcoming ScotWind leasing round, Scotland will be a magnet for this emerging sector for some time to come,” the group managed by Highlands and Islands Enterprise (HIE) said Friday.

The floating wind subgroup for DeepWind will be co-chaired by Dr. Andronikos  Kafas from Ocean Winds and Julia Roope from Fugro and involves more than 200 members of the DeepWind cluster.

“The aim of the new subgroup is to develop close ties with centers of innovation, such as the Floating Offshore Wind Centre of Excellence and the Carbon Trust’s Floating Offshore Wind Joint Industry Project. This will make sure the supply chain can be directly involved in the commercialization of new technologies,” it said.

“Many of DeepWind’s 24 developer members are involved in both these innovation centers and form a bridge between the innovation systems and the supply chain with the new subgroup acting as a conduit,” the statement released Friday reads.

Andronikos Kafas, New Offshore Opportunities Manager from Ocean Winds, and a co-chair of the new floating wind group said: “We are excited to announce and co-chair the launch of the DeepWind FOW subgroup. OW is committed to DeepWind’s success and support programs to bring developers and their Tier-1s closer to the regional supply chain.

“The subgroup is currently the only floating offshore wind forum for direct discussion between developers/tier ones and the tiers two/three  (typically where most local content lives).

“The aim of the subgroup is to assist the sector and parent DeepWind group with horizon scanning, opportunity setting, and capacity building of Scottish companies, under the auspices of economic development agencies”.

Julia Roope, Fugro’s Global Business Development Manager for Offshore Wind, said: “The launch of the DeepWind FOW subgroup is a significant step in recognizing the importance that floating technology plays in the future of offshore wind generation in Scotland and in supporting the  UK’s leading role in offshore wind development.”

As co-chair, Fugro’s  extensive offshore wind experience will be used to help our members  develop supply chain opportunities, support the development of the  skills needed to grow the sector, and foster the development of new technology through close ties with centers of innovation.”

In September 2020, the group held its first webinar to introduce the industry co-chairs and aims of the subgroup. Co-chairs organized an online poll to gather input directly from supply chain companies on topics and activities of most interest to its members.

According to the poll results, meet-the-buyer events, introductory session to the offshore wind supply chain procurement process in Scotland, as well as Scottish market updates, were amongst the highest voted type of activities for the group to take forward, in order to build capacity for new entrants in the Scottish supply chain.

Focus areas where the group has been asked to contribute include: Cost reduction and the role of the supply chain; Supply chain services and innovation that can result in time savings in the consenting process; Support for technology development by local companies; Addressing the local content challenge and increase competitiveness; Regular updates of the Scottish market and signposting of supply chain opportunities; and Skills transition into the floating offshore wind sector-

The subgroup co-chairs said they were committed in further analyzing the extensive input collected as part of the first webinar (over 170+  individual ideas shared) and return to the members with a proposed work plan detailing a series of activities and events.

Wind farms to provide power for every UK household by 2030

To remind, UK’s Prime Minister Boris Johnson earlier this week announced plans that should see offshore wind farms provide more than enough electricity to power every home in the country by 2030, based on current electricity usage. This boosts the government’s previous 30GW offshore wind target to 40GW.

The government said it would make available £160 million to upgrade ports and infrastructure across communities like in Teesside and Humber in Northern England, Scotland, and Wales to increase offshore wind capacity, which is already the largest in the world. According to the government, offshore wind currently meets 10 percent of our electricity demand.