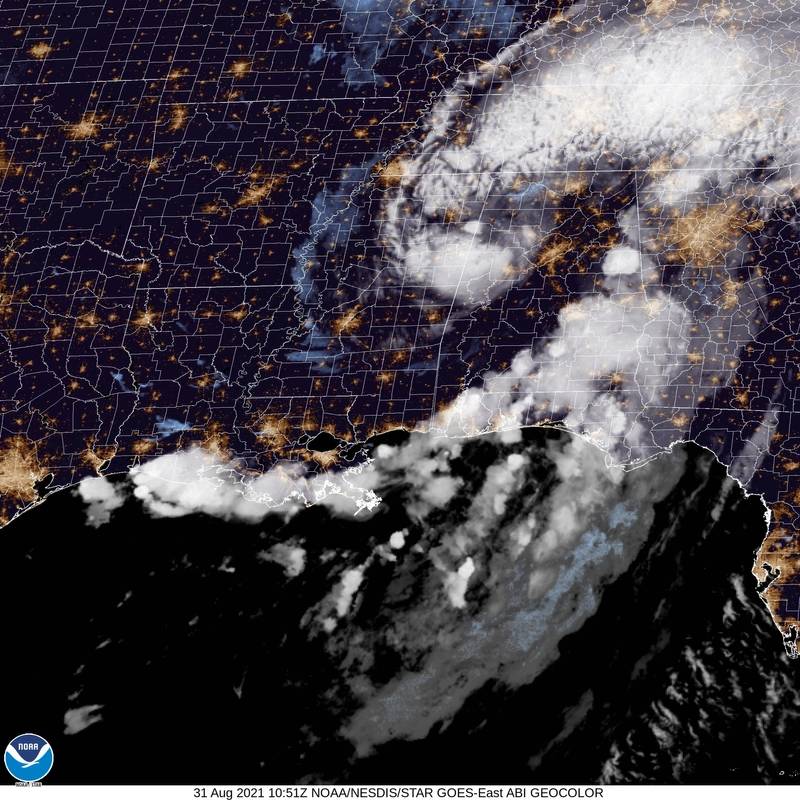 Nearly all of Louisiana lost electrical power on Monday after one of the most powerful hurricanes to hit the region downed transmission lines and flooded communities. Coastal areas were swamped by a storm surge so great it reversed the flow of the Mississippi River.

“This restoration is not going to be a likely quick turnaround,” said Rod West, head of utility operations at Entergy Corp. “This was a significant catastrophic wind event, whereas Katrina was a water event by comparison.”

Disruptions at oil infrastructure are testing the country’s fuel distribution systems. Operators shut offshore oil and gas pipelines that feed processing plants, and the largest line that connects with the fuel-thirsty East Coast was shut for days.

Phillips 66 has not been able to begin damage assessments at its 255,600-barrel-per-day refinery on the Mississippi River in Belle Chasse, Louisiana, a spokesman said. The plant, which was put up for sale last week, was swamped from a failed levee in Alliance.

“That is the most water I have ever seen in my 31 years come through to Alliance,” Plaquemines Parish Sheriff Gerald Turlich said on Monday.

Floods have also been reported at other facilities in Louisiana. Nine refineries have reduced production or shut-in operations, including Exxon’s 520,000-bpd Baton Rouge, taking offline 2.3 million bpd of capacity or 13% of the country’s total, the U.S. Department of Energy estimated.

Offshore, 95% of the Gulf’s oil production and 94% of its gas output remained shut on Monday, the Bureau of Safety and Environmental Enforcement said. A total of 288 production platforms and 11 rigs remained evacuated.

Uncertainty on infrastructure restart timelines pushed up oil prices on Monday, while U.S. gasoline went up more than 1.5%, lending support to crude prices.

Trying to avoid over-costs of getting imported gasoline or domestic fuel shipped in tankers, some consumers are relying on the country’s key pipelines to fully restart soon, especially since many ports have not reopened, traders said.

Pipeline operator Enbridge temporarily suspended some contacts under force majeure, while Energy Transfer informed shippers that its Stingray Pipeline, which brings gas from the U.S. Gulf to Louisiana, would not accept deliveries.

“With widespread refinery outages and debris on waterways, we expect no imports into the impacted ports in the coming days,” analysis firm ClipperData said in a note to clients forecasting waterborne flows.