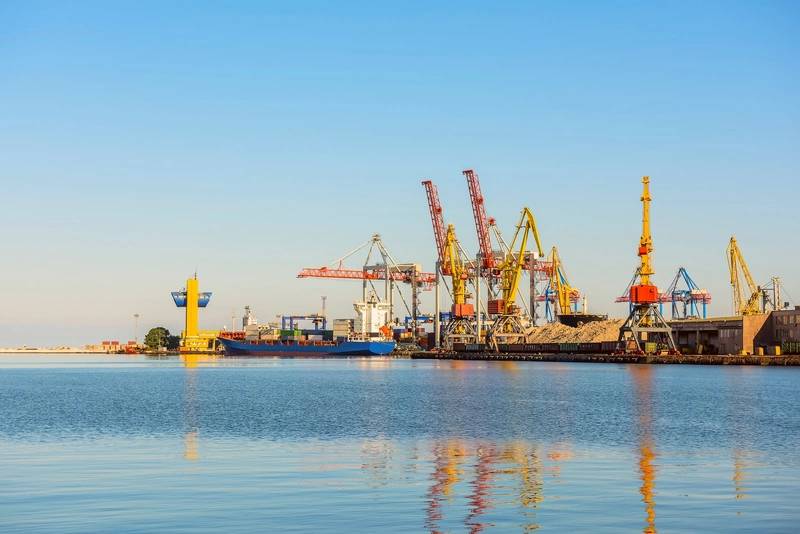 Food and medical supplies onboard over 100 foreign flagged ships stuck in Ukraine due to the conflict are running low, with little progress on creating a maritime corridor to allow them to sail away, industry officials said on Wednesday.

London’s marine insurance market has widened the area of waters it considers high risk in the region as the conflict intensifies and perils to merchant shipping grow.

The UN’s shipping agency said this month it would work to create a safe maritime corridor for merchant ships and crews stuck in the Black Sea and Sea of Azov.

Five merchant vessels have been hit by projectiles—with one of them sunk—off Ukraine’s coast.

Some foreign crew members that were onboard ships have been evacuated out of Ukraine, said Guy Platten, Secretary General with the International Chamber of Shipping industry association.

But there are still around 140 foreign flagged vessels with over 1,000 mariners from 20 countries that are unable to leave because of the fighting.

“Seafarers … have become the collateral damage in the conflict,” he told a virtual news briefing.

Platten said one Romanian ship with 20 seafarers had only three days’ worth of supplies left due to fighting in the port city of Mariupol.

“It is unsafe for them to leave the ship or for the ship to sail,” he said, adding that various organizations were trying to resupply the ships with essentials.

Platten said at least two seafarers had been killed due to the fighting although full figures were still being corroborated.

“We have to recognize there is competition for food depending on which ports you are in on the coast. It is literally a matter of life and death for some Ukrainians still locked in defending their cities,” Cotton said.

“You can imagine the first thought is not to resupply ships with foreign nationals at anchor.”

The establishment of a maritime corridor was “still some way off”, Platten added.

Sveinung Stohle, deputy chief executive of leading Greek shipping company Angelecoussis Group, said it had managed to evacuate the crews from its two ships in Ukraine.

“What is going to happen with our vessels remains to be seen,” he told the FT Commodities Global Summit separately on Wednesday.

“The Black Sea … area is covered with mines. Until they are removed it is not possible to sail. So, it is really a very challenging situation.”