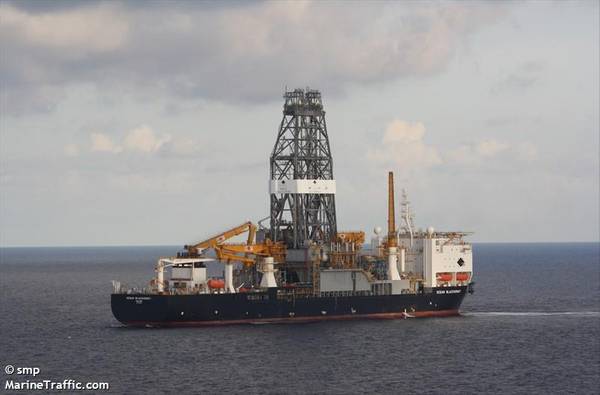 Offshore drilling contractor Diamond Offshore Drilling, said Monday that Bernie G. Wolford Jr. has been named the company’s President and Chief Executive Officer and will also serve on the Board of Directors.

Wolford succeeds Marc Edwards, who retired from the Company as Chairman, President, and Chief Executive Officer on April 23, 2021 when the company and its debtor-affiliates emerged from their chapter 11 financial restructuring.
“Mr. Wolford brings 40 years of industry and related experience to his leadership role at Diamond,” the drilling firm said.

From 2010 to 2018, Wolford served in senior operational roles at Noble Corporation,  including five years as the company’s Senior Vice President – Operations. He began his career with Transworld Drilling Company in 1981.

Wolford said: “I am honored to be named Diamond’s CEO, and I’m excited to lead the Company in its next phase. Diamond responsibly operates valuable assets, has an excellent operational and safety reputation and maintains a competitive market position. I look forward to meeting with our employees both on the rigs and in offices around the world. I am committed to working with the Board and the rest of the leadership team to ensure a seamless transition for our clients and stakeholders.”

Diamond Offshore also said that on May 7, 2021, the Board of Directors elected Neal P. Goldman as the company’s new Chairman of the Board.

Goldman said, “I am excited to work with Bernie through the company’s next chapter. Throughout his career, Bernie has demonstrated a keen ability to revitalize the organizations he leads, delivering operational and financial excellence. These skills will be critical on Diamond’s path to drive operational efficiency and achieve profitable growth, while continuing to deliver best of class value for our customers.”