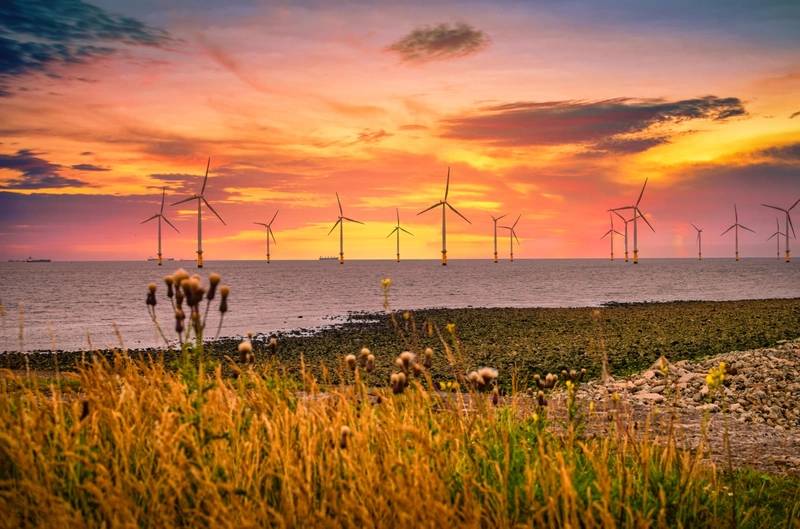 BW Offshore, an Oslo-listed firm best know for its FPSO leasing business in the oil and gas sector, said Wednesday it had, together with U.S. renewable energy and utility company Invenergy, submitted bids to develop up to 5.4 gigawatts of offshore wind as part of the first offshore wind ScotWind leasing round in Scotland, UK.

“Together, we represent a unique blend of expertise and ambition to deliver the next phase of energy transition in Scotland, bringing substantial international project development experience and a strong track record for local value creation. ScotWind will play a critical role in delivering the nation’s offshore wind targets and our ambition is to be a central part of this journey, committed to working with Scotland’s supply chain to accelerate the energy transition,” BW Offshore said.

Marco Beenen, CEO of BW Offshore said: “The joint venture will focus on developing both floating and fixed foundation offshore wind projects off the Northeast Coast of Scotland, with the projects expected to bring billions of pounds of investment to the Scottish and UK supply chain. The projects are also expected to create substantial high-value specialized jobs, both direct and indirect, within Scotland, that would provide a considerable economic contribution to Scotland for decades to come.

Invenergy develops, owns and operates large-scale renewables and other clean energy generation and storage facilities worldwide. The company has developed more than 180 projects across four continents totaling more than 29 gigawatts in capacity and supported by more than $43 billion in arranged financing for its portfolio of projects.

“Together, Invenergy and BW Offshore are experienced in delivering multi-gigawatt, multi-billion-dollar energy projects, from inception to operation, with a focus on utilizing local supply chains and growing locally based project teams. Invenergy has also partnered with BW Group business BWLNG for the delivery of a $1.3 billion LNG-to-power Floating Storage and Regasification Unit (FSRU) project in El Salvador,” BW Offshore said

ScotWind is a seabed leasing round, managed by Crown Estate Scotland, which aims to enable up to 10 gigawatts (GW) of new offshore wind farms to be constructed in the country’s coastal waters.

The application window for registered applicants opened in January 2021, and the deadline for applications was 5 pm on Friday, July 16, with 74 applications submitted.

The seabed round in which companies apply for the right to build wind farms has attracted the interest of both “traditional” renewables giants such as Iberdrola, Orsted, Ocean Winds, RWE, and Vattenfall, as well as from the oil majors looking to diversify, such as Shell, TotalEnergies, and BP.

Per info on the Crown Estate Scotland website, Scotland’s goal is to have 50% of the country’s overall energy consumption from renewable sources by 2030, and to reach reaching net zero emissions by 2045.

ScotWind is the first round of offshore wind leasing in Scottish waters for a decade and is designed to help the country meet its climate and emissions reductions goals.