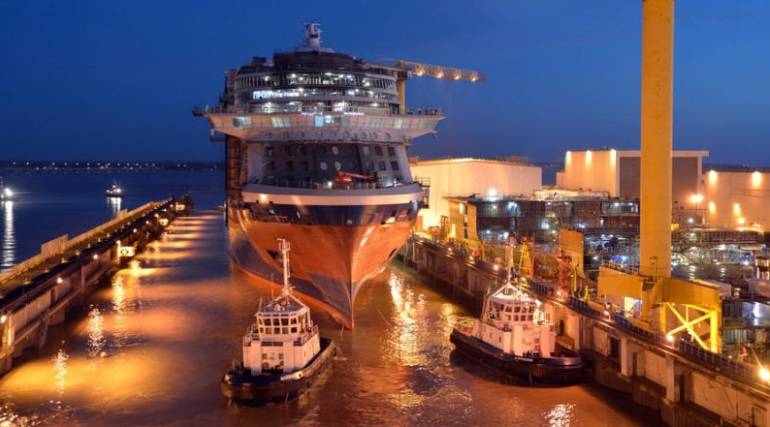 France has offered Italian shipbuilder Fincantieri’s a one-month extension to its planned acquisition of French rival Chantiers de l’Atlantique, the finance ministry said in a statement sent to Reuters on Wednesday.

State-controlled Fincantieri has accepted the proposal, a spokesman said.

The agreement between France and Fincantieri was due to expire on Thursday, after repeated deadline extensions following competition concerns over the merger of two global leaders and the deal has yet to receive European antitrust approval.

The cruise industry has been particularly hard hit by the COVID-19 pandemic and the French ministry said it had offered the extension to allow time for fuller assessment of the impact.

“It was decided to extend the purchase and sale contract by one month again in order to allow the (European) Commission to finalize its investigation and Fincantieri to answer the Commission’s final questions,” the ministry said in the statement.

Earlier on Wednesday, Italian Industry Minister Stefano Patuanelli said that Rome was in talks with French Economy Minister Bruno Le Maire on the matter and planned to contact Brussels.

“Between today (Wednesday) and tomorrow (Thursday) we will write a letter to (the EU Competition and Industry commissioners) (Margrethe) Vestager and (Thierry) Breton,” Patuanelli said. He gave no further details.

A Fincantieri spokesman said it was now up to Brussels to respond to the two states.

“We have given Brussels all the clarifications it had asked for. Now the issue has been confirmed as a political one,” the spokesman said.

The deal envisaged Fincantieri would buy a 50% share in Chantiers from France for 59.7 million euros. In order for Fincantieri to take effective control, the French state would have lent the group another 1% stake.

However, completion has been delayed by European Commission concerns that the merger of the two global leaders in an already concentrated market could increase prices for cruise ships.