At the end of February 2022 a new oceanographic research vessel was launched in Vigo, built by the shipyard Construcciones Navales P Freire, SA (Freire Shipyard) for the Environment Agency-Abu Dhabi (EAD).

Several company representatives were present at the event led by Jesús, Guillermo and Marcos Freire, who were accompanied by a delegation from the shipowner and supervision teams.

“We are very pleased to proceed with a milestone in the construction of such an innovative ship,” said the company’s commercial director, Santiago Sío. Within the world of oceanographic vessels, this is the eighth construction of Freire Shipyard which has two more vessels in its order book.

“We have first-line clients and references of varied construction, from multipurpose compact ships to specific research units of size and capacity”, said Sío.

The construction contract was signed in December 2020 and the work started six months later. 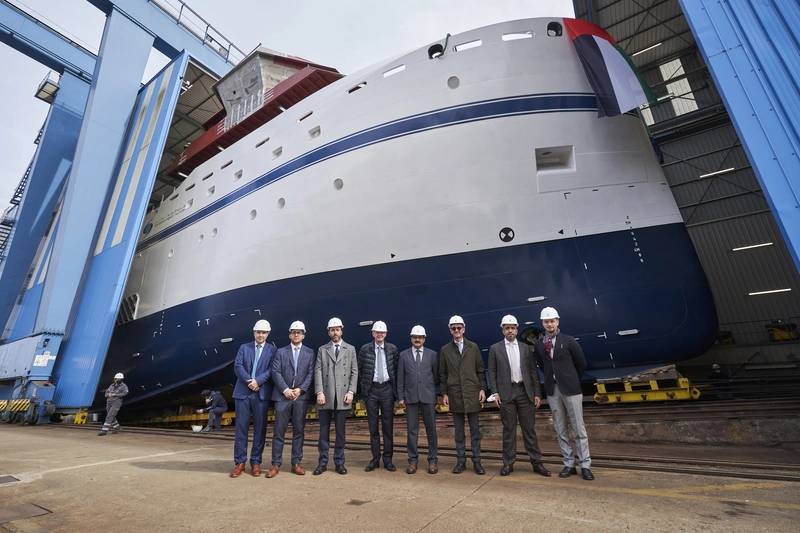