Frontera to Lend $35M to CGX for Guyana Drilling 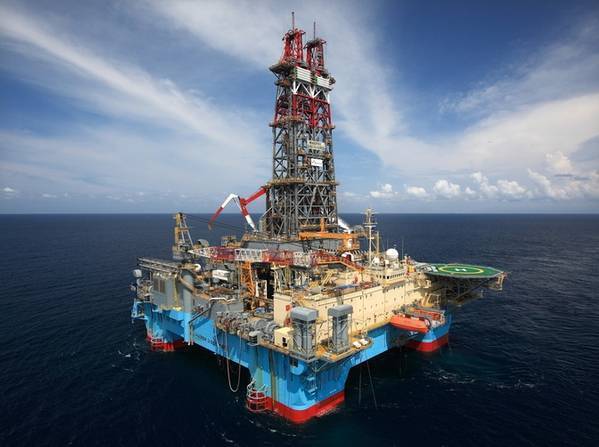 Guyana-focused oil companies Frontera Energy Corporation and CGX Energy, joint venture partners in the Corentyne block offshore Guyana, said Friday they’d entered into a $35 million loan deal that will enable CGX to continue to finance part of its share of costs related to the Corentyne Block, the Berbice Deepwater Port, and other budgeted costs as agreed to with Frontera.

To remind, CGX Energy and Frontera said in February Monday they’d focus on their Corentyne block in Guyana in 2022 fully, and not engage in drilling activities on the Demerara block at all. The partners said their decision was based on the positive results from the Kawa-1 offshore well, and the significant exploration opportunities in the Corentyne block. The well was drilled using the Maersk Discoverer semi-submersible drilling rig, owned by Maersk Drilling.

Commenting on the $35 million financing, Orlando Cabrales, Chief Executive Officer of Frontera said: “We are pleased to complete this financing agreement in support of our joint venture as we build momentum towards spudding the Wei-1 exploration well in the second half of this year.

“These are exciting times for our joint venture and we look forward to working with our partner, CGX, as we build on our recent exploration success at the Kawa-1 exploration well and generate value for our shareholders and the people of Guyana in one of the most exciting basins in the world.”

“The Kawa- 1 exploration well represents a transformative discovery for CGX, in partnership with Frontera. With positive results and data supporting the 200 feet of net pay indicated, we have de-risked our exploration program and can continue to move forward with our overall plans, beginning with Wei-1,” said Professor Suresh Narine, Executive Co-Chairman of CGX. “We look forward to adding to our positive momentum and creating value and opportunity for our stakeholders.”

The loan to CGX will be available for drawdown in tranches on a non-revolving basis until the earlier of July 31, 2022, or the date on which CGX has drawn down the maximum amount of the loan. The loan, together with all interest accrued, will be due and payable July 31, 2022, or such a later date as determined by Frontera, at its sole discretion, the companies said.

Also, interest payable on the principal amount outstanding shall accrue at a rate of 9.7% per annum payable monthly in cash, with interest on overdue interest. If the loan is extended by Frontera past July 31, 2022, at its sole discretion, the new interest rate will be 15% per year.

The loan will be secured by all of the assets of CGX. A standby fee of 2% per annum multiplied by the daily average amount of unused commitment under the Loan in excess of U.S. $19 million shall be payable quarterly in arrears by CGX, on the last business day of each fiscal quarter, during the drawdown period.

Subject to the approval of the TSX Venture Exchange, Frontera may, on or after July 31, 2022, elect to convert all or a portion of the principal amount of the loan outstanding, including accrued interest that has not been repaid, into common shares of CGX at a conversion price equal to U.S. $2.42 per common share (being the U.S. dollar equivalent of Cdn. $ 3.10 per common share), provided Frontera provides CGX with 15 business days notice of such conversion.

CGX has the right to prepay all or any portion of the loan, including any unpaid interest, on 15 business days notice to Frontera before July 31, 2022.  CGX is also required to repay all of the loan that is outstanding in the event that without the consent of Frontera, it issues any security that would dilute Frontera’s current ownership of CGX, or any of its subsidiaries enters into any transaction the proceeds of which are used by CGX to pay its part of the authorized costs of Wei-1.

The loan remains subject to customary conditions, including obtaining all required regulatory approvals.