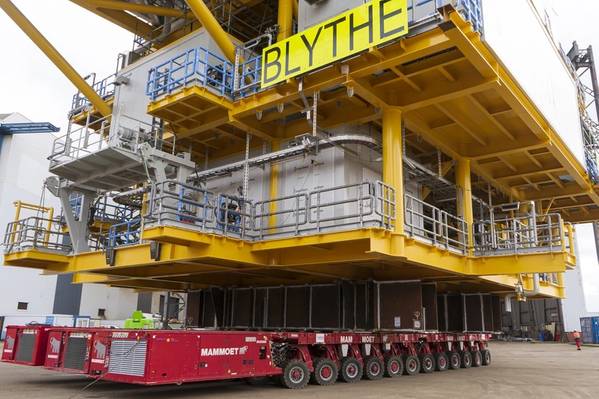 HVO is an alternative to traditional diesel, made primarily from waste and residues, such as waste cooking oil. Because this diesel is both derived from renewables and reduces waste it is considered 90% carbon free. It also gives off fewer direct exhaust emissions, including a reduction in nitrogen oxides.

During this HVO-fueled operation, Mammoet crews carried out a transport for HSM Offshore. Two topsides – named Southwark and Blythe – were to be transported as part of the installation of normally unmanned (NUI) platforms located in UK waters in the southern North Sea.

The topsides, weighing 900t and 1,150t, were moved using 22 axle lines from Mammoet’s standard SPMT fleet. However, this HVO-fueled SPMT transport was a little different, benefitting from a significantly lower carbon footprint. 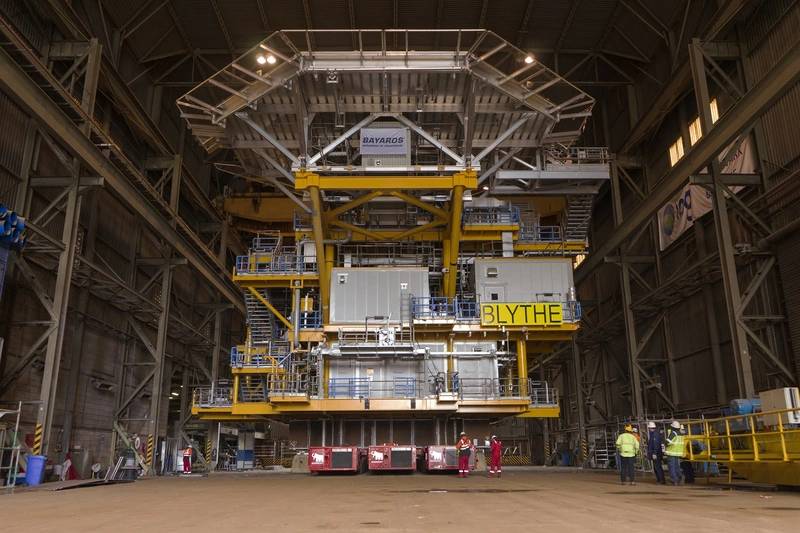