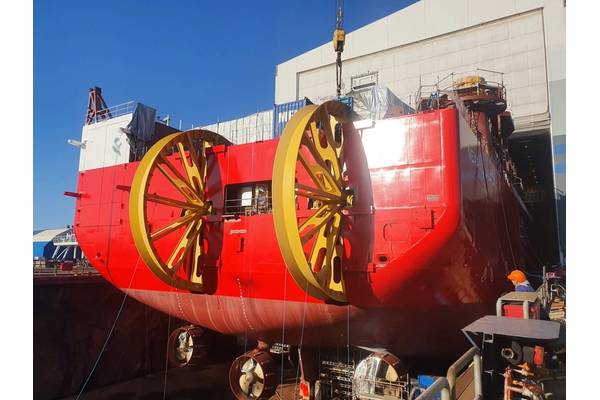 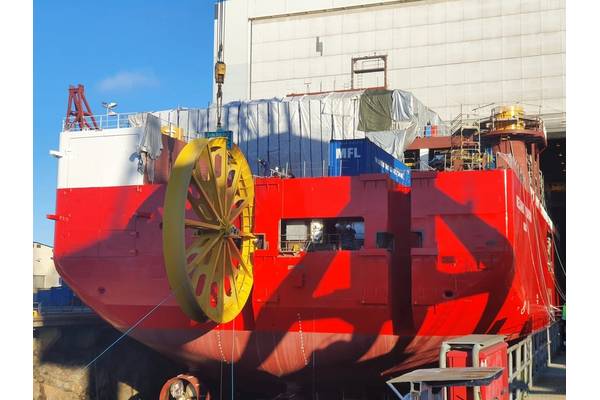 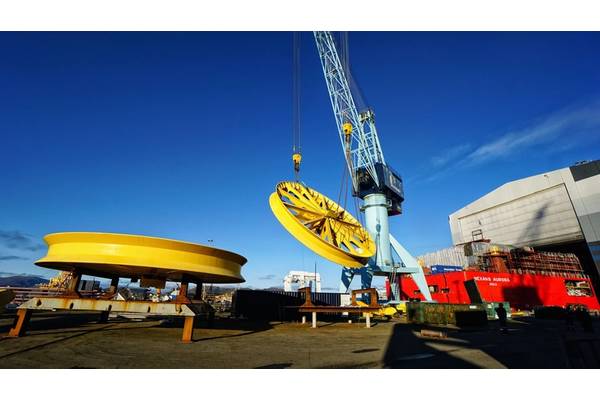 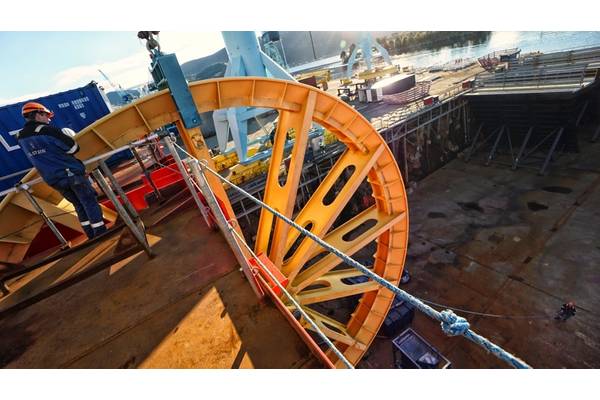 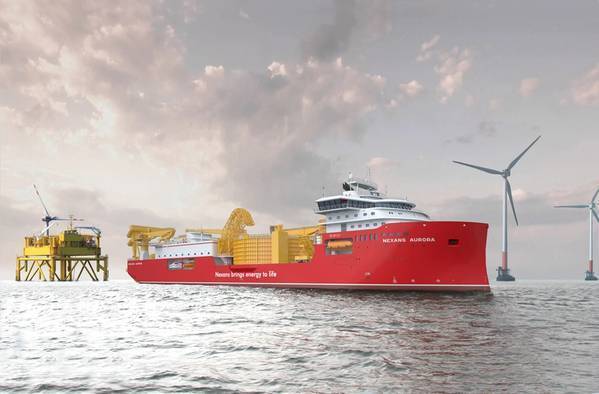 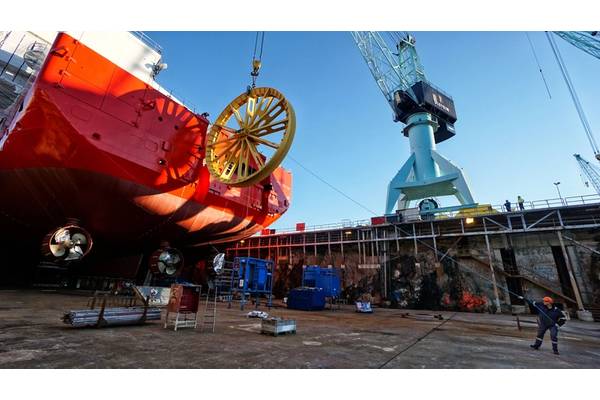 Photo by Daniel Osnes / via Ulstein 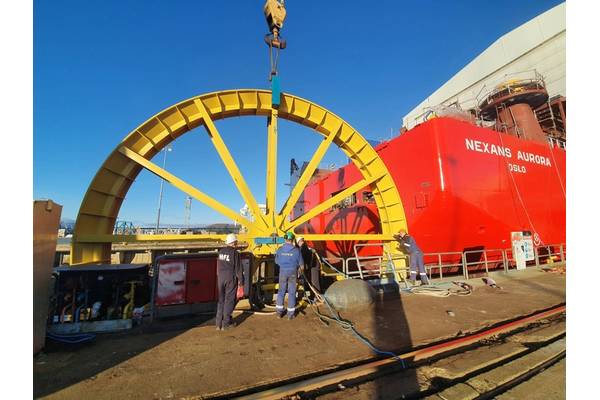 Norwegian offshore shipbuilder Ulstein, constructing the Nexans Aurora cable layer for Nexans, has this week said that the installation of Maats cable laying equipment on the vessel has begun.

Per Ulstein, Maats’ & Marine Fabricators’ installation team arrived on site on October 14, to begin the installation, which kicked off with the two lay wheels being fitted at the stern.

The wheels, in combination with fairings, assist in guiding the cable in a controlled manner as it enters and exits the vessel.

The vessel has a concentric, split basket 10,000Te carousel, dual cable lay capabilities, utilization of separate Capstan or Tensioner firing lines, and will be capable of operating in harsh environments

At 149.9 meters long, with + a beam of 31 meters, and a deadweight of 17,000t, the ‘Nexans Aurora’ is one of the largest vessels being constructed in Ulstein’s history.

The Nexans Aurora’s first assignment will be to lay the export cables for the Seagreen offshore wind farm project. The construction of the 1,075 megawatt (MW) offshore wind project will start in 2021. When completed, the Seagreen 1 will be Scotland’s largest wind farm.

The contract calls for Nexans to design, manufacture, and install the high voltage (HV) onshore and offshore export cables. The Nexans Aurora is scheduled to be delivered in the second quarter of 2021.