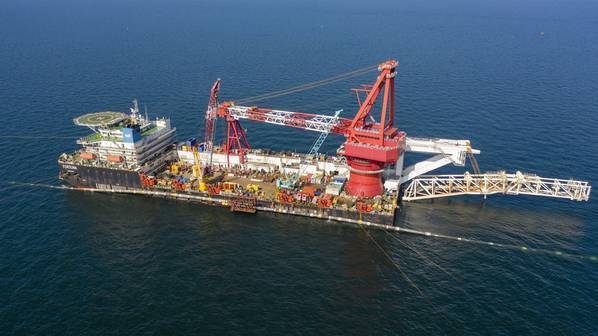 Russia’s Gazprom declined to book extra capacity to ship more gas to Europe at auctions on Tuesday, a step that would have helped ease prices in a market haunted by worries about Moscow’s intentions.

The Kremlin said Russia remains committed to start pumping additional gas to Europe once domestic storage is replenished, in line with an order given to Gazprom last week by President Vladimir Putin.

But Gazprom decided against booking additional gas transit capacity via Ukraine and Poland to Europe for January-September 2022, in a sign it has no plans to supply more than contractual volumes, at least via these two routes.

Russia provides a third of Europe’s gas and its supply intentions are critical at a time when spot prices across the continent have surged, hitting households and businesses.

Russia has said it is meeting its contractual obligations in full, but the International Energy Agency and some European politicians have suggested Moscow can do more. Moscow denies using gas as a political weapon.

Gazprom did not reply to a Reuters request for comment. It has previously said additional volumes could come via the newly built Nord Stream 2 pipeline, with annual capacity of 55 billion cubic meters (bcm), once Germany gives it the green light.

“Gazprom is presumably betting on Nord Stream 2 coming online fairly soon – and does not want to assume additional obligations as of now as the Ukraine transit route and the Yamal-Europe pipeline are likely to be used as balancing routes once Nord Stream 2 is up and running,” said Dmitry Marinchenko, senior director at Fitch ratings agency.

Gazprom-controlled storage in Europe remains at around a third of levels seen a year ago. Putin has given orders to fill the sites from Nov. 8, when domestic re-stocking is expected to end – something the Kremlin said remained the plan.

Jefferies analysts said in a note that the question remained whether Russia would make additional volumes available only via Nord Stream 2, which still lacks regulatory approval from Germany to start operating.