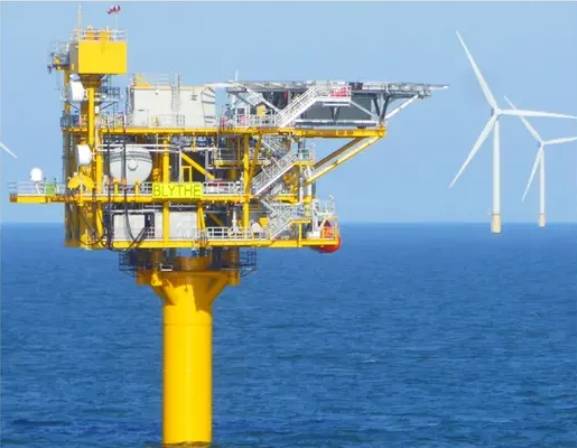 Oil and gas company IOG, focused on developing gas fields in the Southern North Sea, off the UK, has signed a gas sales agreement with Gazprom Marketing & Trading Limited (“GM&T”).

Under the deal, IOG will, over a two-year period, sell gas to Gazorin from the Elgood and Southwark offshore fields, part of the Company’s Phase 1 development, and the Nailsworth and Elland fields that form part of its Phase 2 development.

Gas will be sold on a day-ahead daily nomination basis at a price linked to the National Balancing Point (NBP, the UK traded gas benchmark). A separate gas sales agreement with BP Gas Marketing Limited was signed on in February 2014 for Blythe, the other Phase 1 field.

Following a two-month period to establish consistent production, the agreement incorporates the potential for physical gas hedging, which the company intends to undertake as part of its overall risk management program, IOG said.

GM&T is the London-based energy marketing and trading subsidiary of Gazprom, the world’s largest gas producer.

Andrew Hockey, CEO of IOG, said:” We were pleased at the strong interest in offtake rights for our gas, which helped to secure attractive terms for IOG. As we will be delivering all of our gas into the Bacton terminal complex, an important UK gas hub relatively close to major demand centers, we expect to benefit from favorable pricing. We look forward to developing a good working relationship with GM&T over the coming years.”

IOG last month said it had installed the Blythe and Southwark gas platforms at their respective offshore field locations in the UK.

The two platforms were installed offshore during late May and early June, “on schedule towards achieving Phase 1 first gas by late third quarter 2021.”

Describing the platform installation process, IOG said that for both platforms, after the suction pile foundations were fixed on the seabed and jacket legs cut to height, topsides lift operations were undertaken by the Seaway Strashnov heavy lift vessel.

After the final welding of the connections between the topsides and jacket the IOG, HSM Offshore – which built the platforms – and ODE Asset Management teams then performed all the necessary inspections and checks.

Main power was switched on, communication with the onshore control room were established, and the requisite post-installation remotely operated vehicle (ROV) surveys were undertaken before both platforms were signed off as complete, IOG said in June.