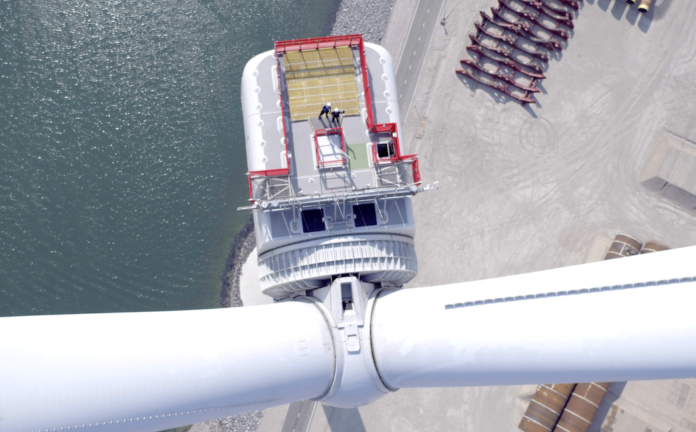 GE Renewable Energy and Toshiba Energy Systems and Solutions Corp. have signed a strategic partnership agreement to localize critical phases of the manufacturing process of GE’s Haliade-X offshore wind turbine and to support its commercialization in Japan.

Based on the long-lasting relationship between GE and Toshiba, the strategic agreement will help GE’s offshore wind technology to be more competitive in upcoming auctions in Japan. The two companies say they will leverage their collective technology, manufacturing facilities and skills, construction, operation and maintenance expertise as part of the agreement. Financial terms and specific details were not disclosed.

The companies note they are well-positioned to contribute to and benefit from the success of offshore wind in Japan. Toshiba brings local manufacturing capabilities, a highly skilled workforce, energy domain expertise and knowledge of the Japanese offshore market.

As part of the strategic partnership, GE will provide the Haliade-X technology, provide parts and components for nacelle assembly, and support Toshiba in jointly developing a local supply chain – as well as completing assembly of the nacelles. Toshiba will assemble, warehouse and transport Haliade-X nacelles, provide preventative maintenance services, and have critical sales and commercial responsibilities for the Japanese market.

“GE and Toshiba have known each other for decades and have proven their successful collaboration through numerous partnerships,” says John Lavelle, president and CEO of offshore wind at GE Renewable Energy. “Toshiba is the strategic partner to help us bring the benefits of offshore wind to Japan. Their local manufacturing capabilities, experience in the energy sector and reputation in the market make them an invaluable strategic partner. Together, we are well-positioned to support Japan’s offshore wind ambitions.”