Germany to Sail a Warship Across the South China Sea 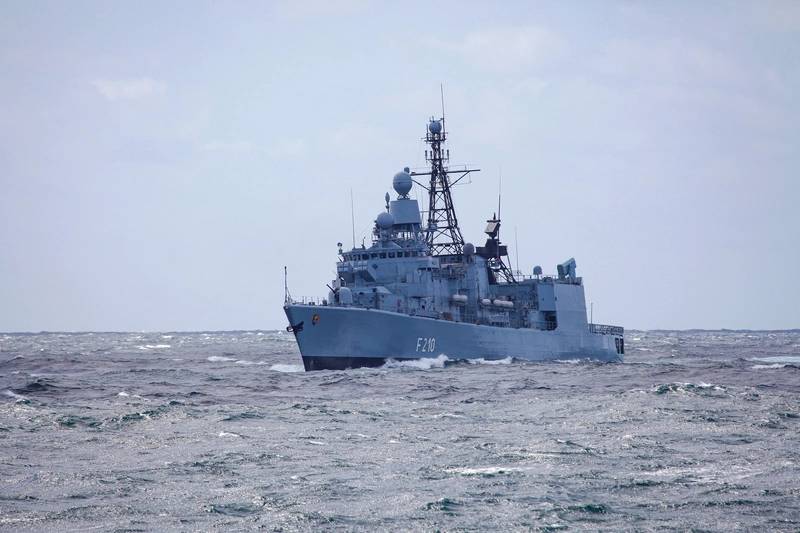 The United States on Wednesday hailed plans by NATO ally Germany to sail a warship across the contested South China Sea, calling it welcome support for a “rules-based international order” in the region, something Washington says is threatened by China.

German government officials said on Tuesday a German frigate would set sail for Asia in August and, on its return journey, become the first German warship to cross the South China Sea since 2002.

“The United States has a national interest in the maintenance of peace and stability, respect for international law, lawful unimpeded commerce, and freedom of navigation and other lawful uses of the sea,” a spokeswoman for the U.S. State Department said.

“We welcome Germany’s support for a rules-based international order in the Indo-Pacific. The international community has a vital stake in the preservation of an open maritime order.”

A spokesman for the foreign ministry in China, which claims most of the South China Sea, said countries enjoyed freedom of navigation and overflight in the waterway under international law, but added: “they cannot take it as an excuse to undermine the sovereignty and security of littoral countries.”

German officials said the warship would not pass within the 12-nautical-mile limits China and rival states claim as territorial waters around contested features in the strategic waterway.

China has established military outposts on artificial islands it has built in the South China Sea and Washington has rejected Beijing’s disputed claims to offshore resources in most of the sea as “completely unlawful.”

The U.S. Navy regularly conducts “freedom of navigation” operations in which its warships pass close by to some of these islands. It has been keen for allies to follow suit.