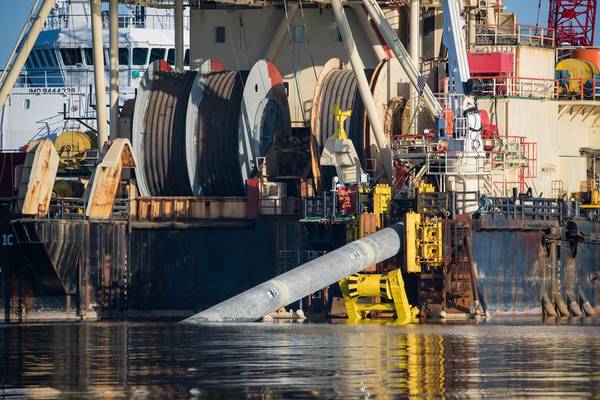 Germany’s Greens have enshrined in their election programme plans to abolish the contested Nord Stream 2 pipeline to ship Russian gas to Europe’s biggest economy, creating a hurdle to a potential alliance with the conservatives.

Chancellor Angela Merkel’s conservatives, who have backed the Nord Stream 2 pipeline opposed by the United States, are leading in polls ahead of September elections and are seen as most likely to seek a coalition with the ecologist Greens that are forecast to come second.

Armin Laschet, leader of Merkel’s Christian Democrats (CDU), has downplayed concerns of the United States and eastern European countries, such as Poland, that say the pipeline increases Europe’s dependence on Russian gas.

In common with the United States, which has imposed sanctions on some entities involved in the Gazprom-led project, the Greens say it entrenches the wrong response to Russia’s annexation of Crimea and its arming of separatists in east Ukraine.

“The pipeline project Nord Stream 2 is not only a political project because of its climate and energy implications but also because it causes damage on the geopolitical level – especially given the situation in Ukraine – and therefore it should be stopped,” read the programme, adding that Russia was increasingly becoming an “authoritarian state”.

The $11 billion project will bypass Western ally Ukraine, potentially depriving it of valuable transit fees. It will also compete with shipments of U.S. liquefied natural gas.

A poll by the Forsa research institute this week put the Greens on 21%, behind the conservatives whose share has fallen to 29% over a sluggish vaccine rollout, a corruption scandal linked to face mask deals and growing frustration at the lack of a clear path out of the pandemic and lockdowns to contain it.