The Monterey Bay Aquarium Research Institute (MBARI) is embarking on a new chapter in its ocean research with the construction of a state-of-the-art ship, a vessel named in honor of MBARI’s founder, David Packard.

The R/V David Packard will be capable of accommodating diverse expeditions in Monterey Bay and beyond to further the institute’s mission to explore and understand our changing ocean.

It will measure 50 x 12.8 m with a 3.7 m draft, designed to  support a crew of 12, plus a science crew of 18. MBARI has selected Freire Shipyard in Vigo, Spain, for the construction of the R/V David Packard.

“MBARI’s mission to explore and understand the ocean is more important than ever, especially in light of the growing threats of climate change, overfishing, and pollution,” said Chris Scholin, MBARI President and Chief Executive Officer. “This new state-of-the-art research vessel will expand MBARI’s reach and enhance our research, engineering development, and outreach efforts.”

For more than three decades, MBARI research has revealed the astounding diversity of life deep beneath the surface, and the institute’s technology innovations have provided priceless insights into the ocean’s geological, ecological, and biogeochemical processes. The new research ship will enable continued exploration of the deep sea, from the midnight zone — the inky depths below 1,000 meters (about 3,300 feet) — to the abyssal plain, with MBARI’s deep-diving remotely operated vehicle (ROV) Doc Ricketts. As the command center for the ROV Doc Ricketts, the David Packard will allow researchers to continue exploring the deepest reaches of the Monterey Canyon and beyond. 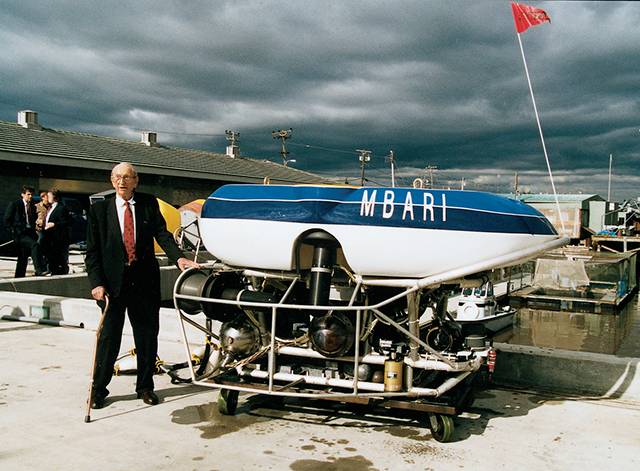 “To safeguard Earth’s living ocean, we need to invest much more in science and exploration,” said Julie Packard, Chair of MBARI’s Board of Directors and Executive Director of the Monterey Bay Aquarium. “That’s something my father understood when he founded MBARI in 1987. MBARI’s new vessel will be a powerful research and exploration platform. And it will help Monterey Bay Aquarium show people around the world the wonders of deep-sea life by supporting our upcoming exhibition, Into the Deep: Exploring Our Undiscovered Ocean. I’m excited about the potential the R/V David Packard can contribute to inspiring ocean education and conservation for decades to come.”

The R/V David Packard will replace MBARI’s current flagship research vessel, the R/V Western Flyer, which will be retired in fall 2022.

“As MBARI’s workhorse for the last 25 years, the Western Flyer’s unique capabilities will always be synonymous with MBARI,” said Michael Kelly, MBARI’s Director of Marine Operations. The Western Flyer has been an integral part of MBARI’s pioneering ocean research and cutting-edge marine instrumentation. The vessel has been instrumental in MBARI’s explorations of Monterey Canyon with the ROV Doc Ricketts, mapping missions at Sur Ridge, long-term research at Station M off the coast of Central California, extended expeditions to the Gulf of California, Hawaii, and the Pacific Northwest. “It’s a tremendous legacy to carry forward,” said Kelly. Operations for the ROV Doc Ricketts will transition from the R/V Western Flyer to the R/V David Packard when the new vessel reaches full operational status in fall 2023.

Packard encouraged MBARI to pursue bold, pioneering initiatives, famously saying, “Take risks. Ask big questions.” MBARI’s new research vessel will further his vision for MBARI as a next-generation hub for groundbreaking science and innovation. “We wanted to honor Mr. Packard’s long-standing commitment to ocean research, technology, and conservation by naming this ship after him,” said Scholin. Funding for this new vessel comes from the David and Lucile Packard Foundation.

Planning for MBARI’s acquisition of a new research vessel began in 2009. MBARI’s marine operations team engaged Glosten for its expertise in naval architecture and marine engineering. For the past three years, MBARI’s marine operations team has worked closely with Glosten’s team of engineers to refine design specifications for the R/V David Packard.

“Supporting the Western Flyer over the years created great opportunities for Glosten to demonstrate our capabilities in support of the MBARI mission. Working as partners to design this next-generation research vessel was especially rewarding. We look forward to continuing our support of MBARI throughout the vessel construction and into the future,” said Morgan Fanberg, Glosten President.
Glosten provided the design and specification services for the shipyard bid package and assisted in the bid review process. As construction gets underway, Glosten will be the on-site construction team for MBARI, providing MBARI continuity through the life of the ship.

Freire will build the R/V David Packard at its shipyard in Vigo, a coastal town in northern Spain. The final design will get underway this spring, with keel laying expected by November 2021 and the vessel’s launch in September 2022. Construction should be complete in May 2023, when the vessel will depart Spain for its journey to its homeport of Moss Landing, California. MBARI’s marine operations team will conduct the final fitting out and testing of the ship before science operations begin in fall 2023. The R/V David Packard will join MBARI’s two existing research vessels, the R/V Rachel Carson and R/V Paragon. 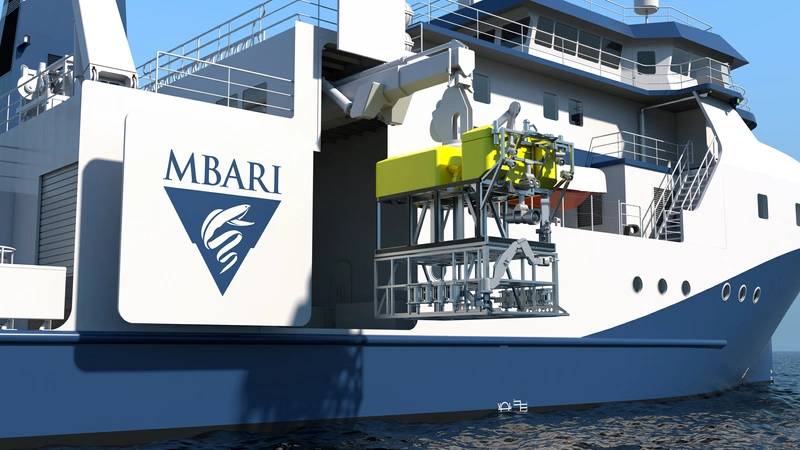