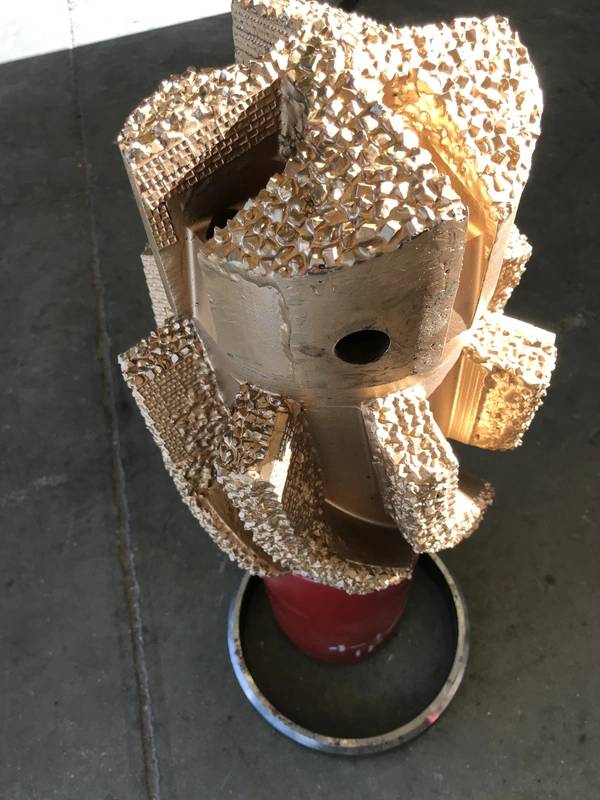 A Weatherford lead mill is gauged before being attached to the bottomhole assembly.

Oilfield services firm Weatherford has said it has helped an unnamed U.S. Gulf of Mexico operator achieve “an industry first.”

Weatherford said that its Shallow Angle QuickCut System successfully achieved the industry’s first 12 ¼-in. casing sidetrack, delivering a 22-ft. window in a single trip for an ultra-deepwater well in the Gulf of Mexico.

“The operator contacted Weatherford to perform a Gulf of Mexico ultra-deepwater exit in a 12 ¼- in. heavy wall casing,” said Chip Miller, Vice President, North America Geozone, Weatherford. “This successful 12 ¼-in. sidetrack casing became an industry first, made even more complicated
by the need to achieve a dogleg low enough for production packers to safely pass through the resulting window.”

Weatherford and the operator deployed the Shallow Angle QuickCut with MultiCatch Anchor and milled the 22-ft casing window and 15-ft rat hole in a single trip, the company said.

“This industry-first serves as a best practice for successfully exiting heavy wall casing, opening up a contingency scenario that was previously not feasible while at the same time, allowing operators to tap into bypassed reservoir sections safely and efficiently,” said Miller.