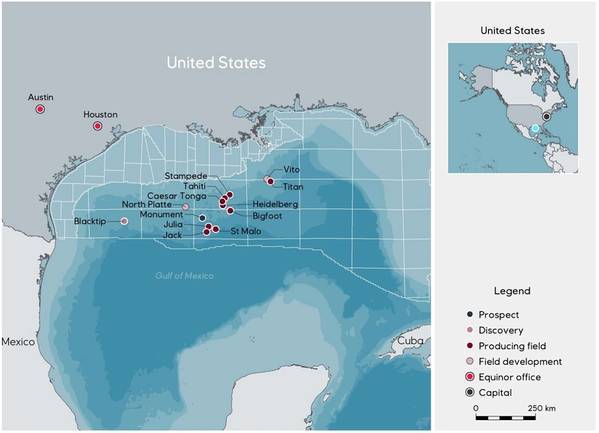 Equinor on Friday said production was still down at its Titan oil platform in the Gulf of Mexico, which it said had sustained limited damage due to Hurricane Ida.

Some 76% of crude production, or 1.39 million barrels per day (bpd), and over 1.72 billion cubic feet per day of natural gas output were still shut in the U.S. Gulf Coast after the storm, the Bureau of Safety and Environmental Enforcement said on Thursday.

“Our production at Titan is normally less than 2,000 boepd (barrels of oil equivalent per day). It is a minor platform,” company spokesperson Ola Morten Aanestad said.

Equinor, on Aug. 30, said it would take days to get a clear picture of Ida’s impact on its Titan oil platform.

(Reporting by Arpan Varghese and Ashitha Shivaprasad in Bengaluru; editing by Philippa Fletcher and Jane Merriman)