Guyana: Noble Corp. Drillship to Stay with ExxonMobil Until Aug. 2030 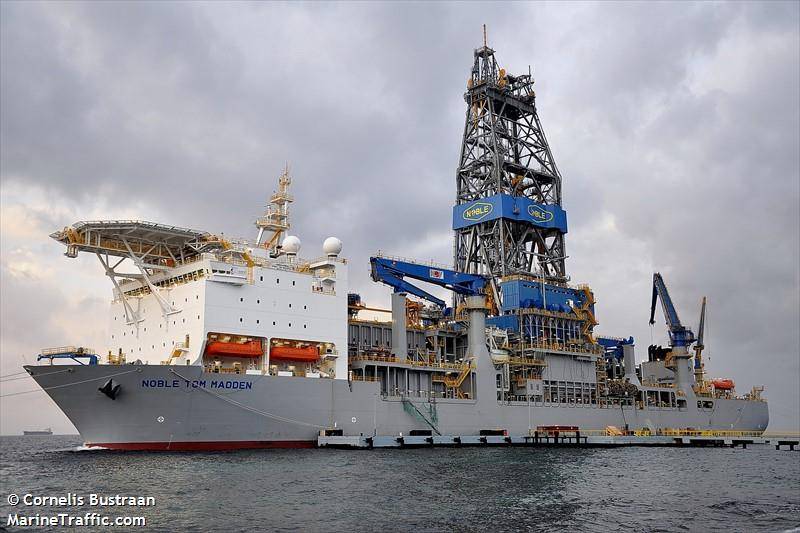 Offshore drilling company Noble Corporation said Thursday it had secured more rig work for its Noble Tom Madden drillship with ExxonMobil in Guyana that should see the rig employed until August 2030.

Under the “commercial enabling agreement” signed between the two companies back in February, for drilling services with multiple in the Guyana-Suriname Basin, the ultra-deepwater drillship Noble Tom Madden was contracted until mid-February 2024.

According to reports, the 2014-built rig was most recently being used for development drilling at Exxon’s Liza field in Guyana, where Exxon in September struck its 18th oil discovery – using another Noble rig – the Noble Don Taylor.

“The rig day rate will be updated at least twice per year subject to a scale-based discount and performance bonus under the CEA, which also provides ExxonMobil the flexibility to transfer awarded term between the Noble Don Taylor, Noble Bob Douglas, Noble Tom Madden, and Noble Sam Croft [drillships].”

As previously reported, the Sam Croft rig was in August awarded a 6-month contract with Exxon in Guyana, with an anticipated startup in the fourth quarter 2020, after completing the drilling program in Suriname for Apache.

The first oil from Payara, via the third SBM Offshore-supplied FPSO in Guyana, is expected in 2024.