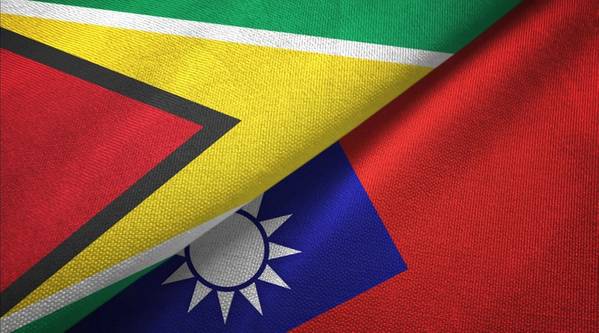 Guyana on Thursday abruptly terminated an agreement with Taiwan to open an office in the South American country, hours after China urged Georgetown to “correct their mistake.”

Taiwan’s foreign ministry earlier on Thursday said it had signed an agreement with Guyana on Jan. 11 to open a Taiwan office, effectively a de facto embassy for the island that China claims as its sovereign territory with no right to diplomatic ties.

Guyana’s foreign ministry on Thursday afternoon said it was rolling back the agreement and that it continued to adhere to the “One China” policy.

“The government has not established any diplomatic ties or relations with Taiwan and as a result of the miscommunication of the agreement signed, this agreement has since been terminated,” Guyana’s statement read.

Guyana has traditionally had close ties with China.

Chinese Foreign Ministry spokesman Wang Wenbin had responded to the move by saying Beijing hoped Guyana would not engage in official ties with Taiwan, calling on the country to “earnestly take steps to correct their mistake.”

The United States is worried about deepening Chinese influence in Latin America. Guyana, a former British colony, recently begun developing offshore oil reserves and is strategically located next to strife-torn Venezuela, a major Chinese ally with which Guyana has a territorial dispute.
Taiwan only has formal diplomatic relations with 14 countries, including four Caribbean nations.

China’s CNOOC Ltd is part of a consortium with U.S. oil companies Exxon Mobil Corp and Hess Corp that has discovered more than 8 billion barrels of recoverable crude reserves in the Stabroek block off Guyana’s coast, turning the country into a new energy hotspot.

(Reporting by Ben Blanchard and Neil Marks in Georgetown, Guyana; Additional reporting by Gabriel Crossley in Beijing and Luc Cohen in New York; Editing by Michael Perry and Marguerita Choy)