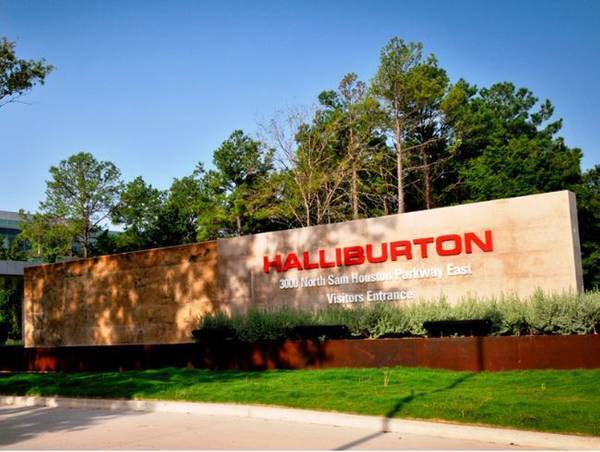 U.S. oilfield firm Halliburton Co on Tuesday posted its third consecutive quarterly profit, as a jump in oil prices and drilling activity boosted demand for its services and equipment.

Oil prices have rallied to multi-year highs with global crude futures climbing 4.5% in the quarter ended Sept. 30, helped by OPEC+’s decision to maintain its planned output increase rather than raising it amid global supply concerns.

Houston-based Halliburton posted adjusted net income attributable to the company of $248 million, or 28 cents per share, in the three months ended Sept. 30, up from the $100 million or 11 cents per share reported a year earlier.

Its third-quarter profit was in line with analysts’ estimates, while revenue of $3.86 billion was slightly under consensus expectations of $3.912 billion, according to Refinitiv IBES.

Halliburton, a leading provider of hydraulic fracturing services to the U.S. market, is the first major oilfield services firm to report its third-quarter earnings. Rivals Baker Hughes and Schlumberger will report later this week.

Oilfield firms should be supported by the jump in activity, as the number of active U.S. hydraulic fracturing fleets climbed to 263 in early October, up from around 100 a year ago, according to data from Primary Vision.

The U.S. rig count has climbed to 521 rigs at the end of the third quarter, compared with 470 at the close of the June quarter, according to Baker Hughes data.

Wall Street analysts said the results were neutral to slightly negative, as some financial metrics came in under estimates. They lauded Halliburton’s report of $469 million in free cash flow, which topped expectations.

Halliburton’s shares were flat in premarket trading at $25.89 each. They are up 37.6% year-to-date, trailing gains seen in oil prices.

(Reporting by Arunima Kumar in Bengaluru and Liz Hampton in Denver; Editing by Shinjini Ganguli, Emelia Sithole-Matarise and Bernadette Baum)