Harland & Wolff Appoints Groat as Chairman of Its Board 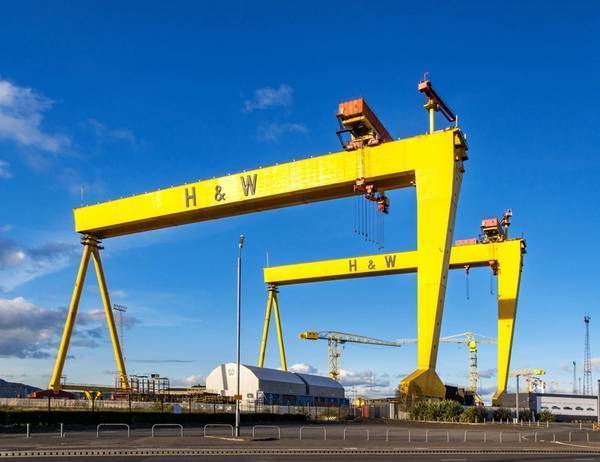 Harland & Wolff Group Holdings plc has appointed Malcolm Groat as Chairman of the Board of Directors.

Groat had earlier assumed the role of Interim Chairman on September 27, 2021, after Clive Richardson stepped down from the Board.

The company said Friday it also intended to appoint another non-executive director, “whose skills and experience are commensurate with the requirements of the company.

“The Company is currently undertaking a formal process with external recruitment advisors/consultants and a further announcement will be made in due course. The Board, as is currently constituted, has four members comprising two executive directors and two non-executive directors which includes the Chairman,” Harland & Wolff said.

John Wood, Group CEO of Harland & Wolff, comments: “I am delighted that Malcolm has been appointed as Chairman. He has been a non-executive director of the Company since March 2019 and has been deeply involved in all activities undertaken by the Company since that time. Malcolm brings with him a wealth of experience and understands our business model in great depth. I look forward to working closely with Malcolm going forward.”

The company last year changed its name from Infrastrata to Harland & Wolff Group after the iconic shipyard that built the Titanic, which the company acquired in 2019.

Harland & Wolff in September 2021 signed a Memorandum of Understanding (MoU) with Spanish companies Navantia and Windar to target specific fixed and floating wind projects primarily within the UK.

In other news, Harland & Wolff earlier this week said there was speculation surrounding proposed legal action being brought upon its fully owned subsidiary, Harland & Wolff (Methil) Limited, by Her Majesty’s Revenue and Customs (HMRC).

“The company can confirm that there are no outstanding dues owed to HMRC by Harland & Wolff (Methil), and its account is up to date,” the company said.