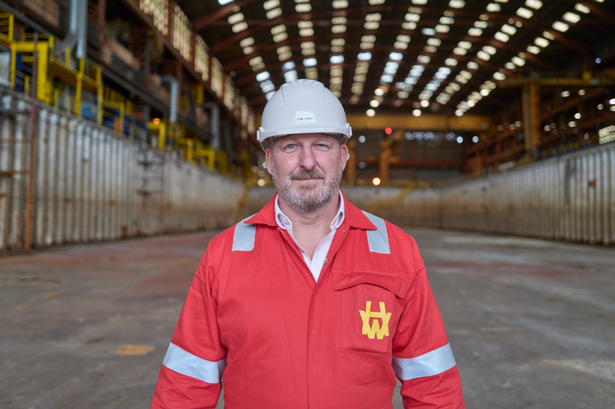 Hart joins Harland & Wolff (Appledore) from Dubai-based Drydocks World where he was Director of Projects & Engineering.

“He joins after the site has enjoyed major investment and upgrades since the InfraStrata plc acquisition and is now fully operational,” Harland & Wolff, a subsidiary of InfraStrata plc, said.

Hart began his career in the Merchant Navy as a cadet before moving to P&O Ferries, where he rose through the ranks from Marine Engineer to Chief Engineer.

Moving shore-side, he then headed to the UAE to join Dubai Drydocks as a Ship Repair Manager. During his time in Dubai, Hart moved from drydocks into the oil and gas industry, where he project managed new-build jack-up oil rigs and offshore wind turbine installation ships with MIS & Lamprell Energy.

He also held various other positions such as Commissioning Manager and Group Operations Manager, where he ran three shipyards.

Hart then returned to Dubai Dry Drydocks for a final two-year stint as Director of Project Management & Engineering.

In his role as General Manager, based in Appledore, North Devon, Hart will be responsible for the overall day-to-day running of the site. This includes the organization and logistics for all incoming projects, site safety, and security as well as overseeing all monetary aspects.

Tom Hart said: “Leaving Dubai to move “home” after 20 years was a huge decision but one that I, along with my family, are very excited about. I’m really looking forward to settling in at Appledore, and hope to share some great practices, and skills I have gained from my international experience to build up British shipbuilding and ship repair and be a part of its revitalization.

“Building up business, creating work for the local community, and increasing the yard’s revenue and margins with a steady flow of work will be my main goal. I am delighted to be appointed General Manager of Harland & Wolff (Appledore) – a yard with a very impressive history. I am looking forward to leading the team there and collectively bringing success to the Harland and Wolff Group.”

As a result of the acquisition of Harland & Wolff (Appledore) in August 2020, the company has been able to capitalize on opportunities at both ends of the ship-repair and shipbuilding markets where this will be significant demand, H&W said.

In February 2021, the company acquired the assets of two Scottish-based yards along the east and west coasts. Now known as Harland & Wolff (Methil) and Harland & Wolff (Arnish), these facilities will focus on fabrication work within the renewable, oil and gas, and defense sectors.