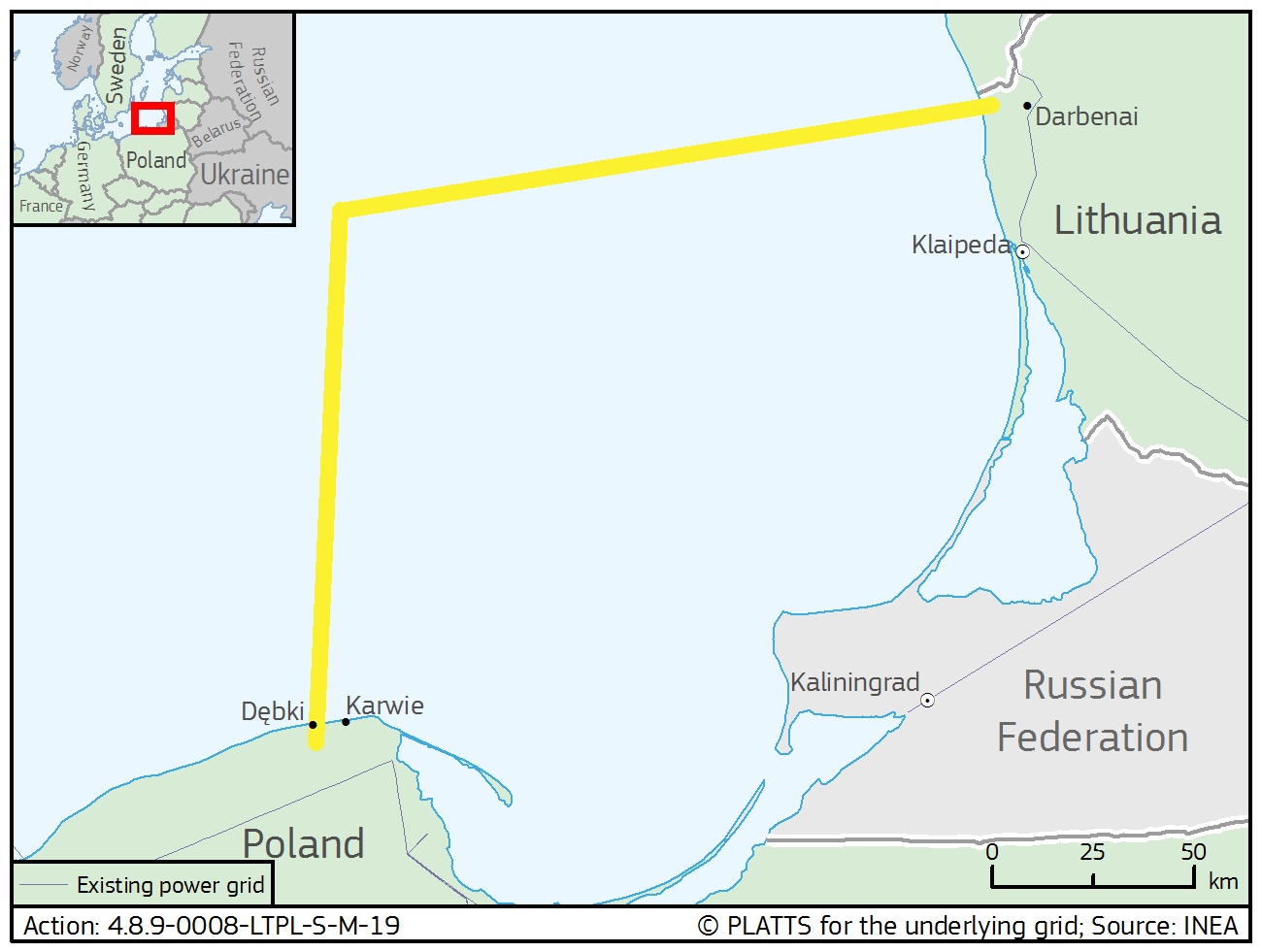 The EU has allocated close to €720 million from the Connecting Europe Facility (CEF) for the investments in power transmission infrastructure in Poland, Lithuania, Latvia and Estonia.

The decision follows joint application made earlier this year by transmission system operators from Poland and the three Baltic States.

Specifically, €493 million has gone to the construction of the Lithuanian-Polish interconnector Harmony Link.

Initial deal for the project between Polish and Lithuanian transmission system operators was announced in 2018.

The support of €166.5 million also goes for the installation of synchronous compensators in Lithuania, Latvia and Estonia.

The rest allocates for the modernization and enforcing of local grids required for the integration of the Harmony Link interconnection.

Harmony Link will be the second interconnection between Poland and Lithuania.

The new subsea HVDC cable will support the energy security in the region.

It should enable the synchronization of the electricity systems of the Baltic System with the system of the Continental Europe.

The €720 million synchronization project is important for the creation of a common European electricity market, ensuring secure electricity transmission. It will also have the effect of closer economic cooperation.