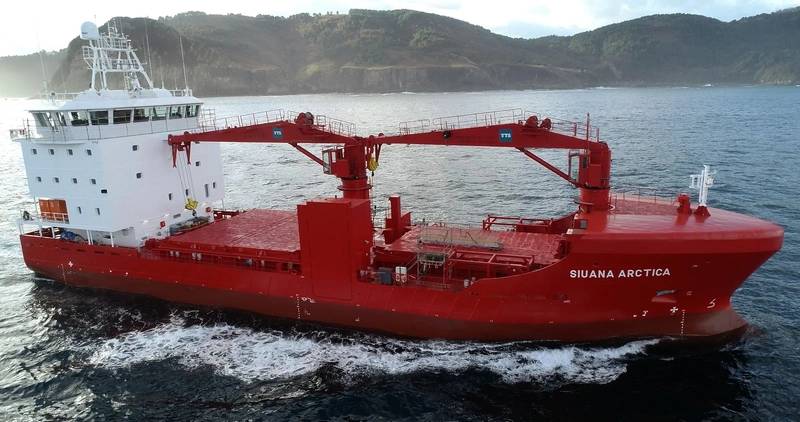 In 2018, Havyard Design & Solutions won a contract for the delivery of two ship designs to Royal Arctic Line A/S. Reefer vessel design was a new segment for Havyard and the first of the two ships, ‘Siuana Arctica’, has now been delivered from the Astilleros Zamakona yard in Spain.

Royal Arctic Line A/S handles all sea freight to and from the 13 biggest ports in Greenland, which secures supplies across the country. ‘Siuana Arctica’ is set to sail the Uummannaq area to the Upernavik district in north-west Greenland.

In the course of December, the vessel will sail from the Zamakona yard in northern Spain to Aalborg in Denmark, where it will be prepared before the voyage to Greenland next year. The vessel is scheduled to operate from May 2021.

The ship design had to incorporate many requirements, since the ships will sail to and from shallow ports in a tough climate. The ships, which are of type Havyard 974, has been developed in close collaboration with the shipping company to meet the strict requirements which include ice class Polar.  The ship also has a greater capacity than the ship currently sailing between the ports.

Havyard Design & Solutions has further two cargo vessel designs for delivery to Royal Arctic Line. The ships were named Havyard 971 and are smaller than the two first ships. They will be built by the Nodosa Group with delivery of the first ship scheduled for early 2021.