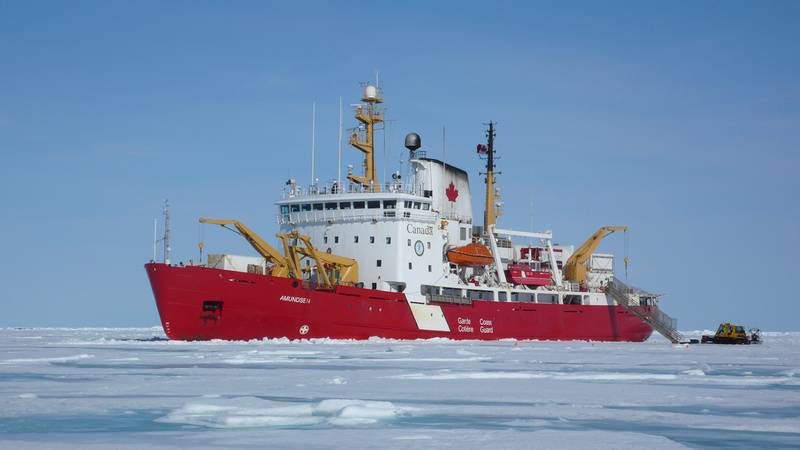 Heddle Shipyards said it has been awarded the vessel life extension of the Canadian Coast Guard icebreaker CCGS Amundsen.

This week, the CCGS Amundsen will arrive at the Port Weller Dry Docks in Canada, the St. Catharines, Ontario, where it will stay through June 2022. The eight-month refit valued at approximately $12,000,000 CAD will sustain over 100 direct jobs and support subcontractors and suppliers across the Niagara Region, Ontario, and Canada.

Heddle Shipyards noted it has also secured the dry docking of a seaway max laker at its Port Weller facility, ensuring a busy 2022 winter work season.

Heddle Shipyards said it will be hiring upwards of one hundred people across all positions to support the single largest project executed by the Port Weller Dry Docks under Heddle Shipyards’ management.

“It is a truly exciting time for us,” said Heddle president Shaun Padulo. “Projects like the CCGS Amundsen help reduce the boom and bust cycle of the ship repair and construction industry in Ontario and will allow us to continue to grow and strengthen our team. We are extremely grateful to the Canadian Coast Guard and the Government of Canada for a project that will support the revitalization of the shipbuilding industry in Ontario.”

CCGS Amundsen is a Pierre Radisson-class icebreaker and Arctic research vessel operated by the Canadian Coast Guard. Built by Burrard Dry Dock in North Vancouver, the vessel entered service in 1979 as Franklin and was renamed Sir John Franklin in 1980 and served as such until 1996. Declared surplus, the vessel was used as an accommodation ship in Labrador in 1996 and placed in reserve in 2000. In 2003, the ship was reactivated and underwent conversion to an Arctic research vessel. The ship recommissioned as Amundsen.

CCGS Des Groseilliers, sister ship to the CCGS Amundsen, was constructed at Port Weller in the early 1980s.