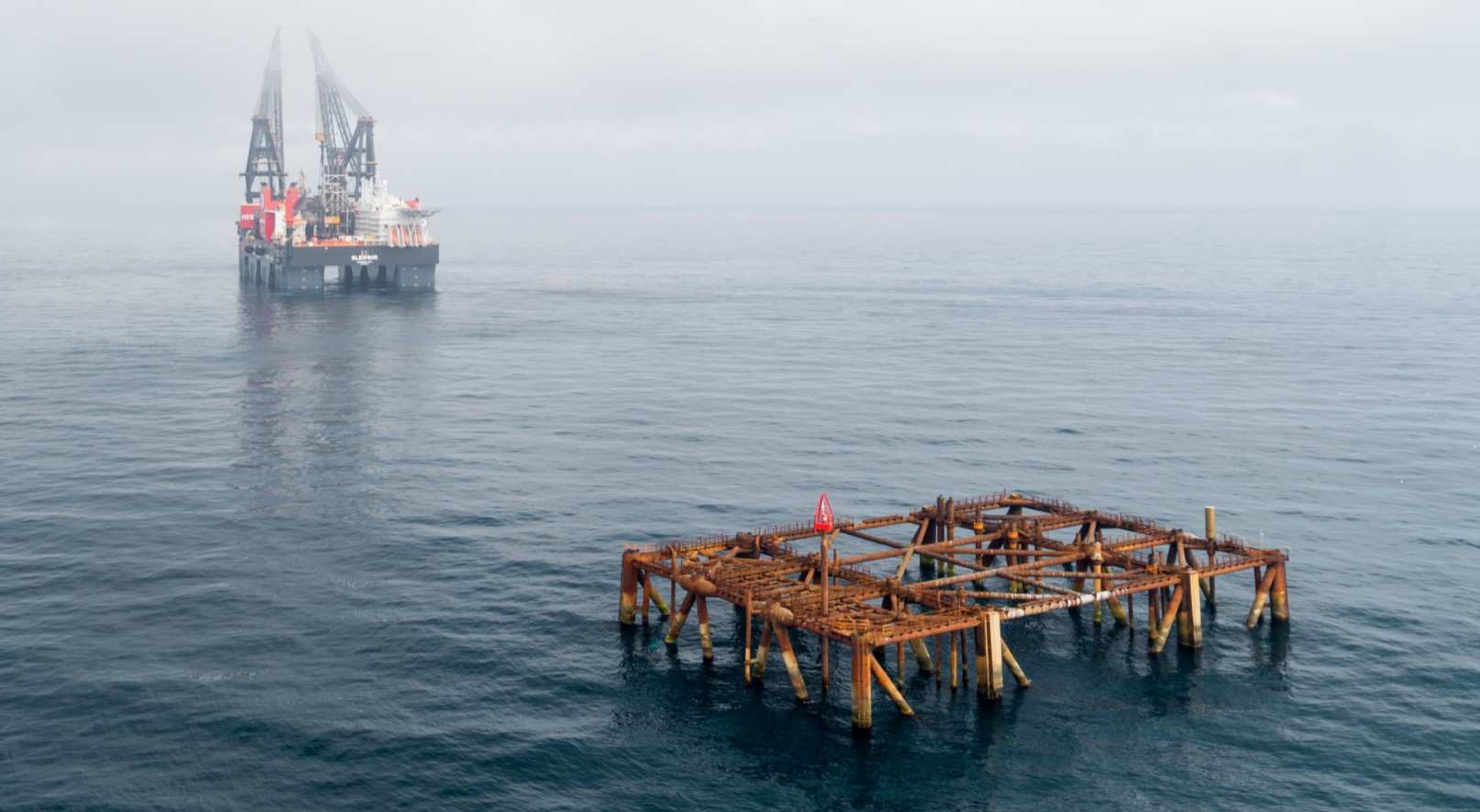 Abu Dhabi National Energy Company (TAQA) has completed the topside removal of the Brae Bravo platform, one of the largest topside removal projects of its kind in the North Sea.

TAQA said on Friday that this marked the completion of two successful the consortium between Heerema Marine Contractor and AF Offshore Decom.

The topside removal was completed by two of the world’s largest semi-submersible crane vessels – Thialf and Sleipnir. At its peak, up to 500 people worked on the project totalling nearly 400,000 man-hours without any major incidents recorded.

Campaign 1, executed from the Thialf, prepared the platform for removal and removed the cranes and helideck. During these activities, Sleipnir simultaneously completed the removal of the Brae Bravo flare tower, bridge, and jacket marking the first time these two semi-submersible crane vessels converged in the North Sea.

Campaign 2 saw the return of the Sleipnir to remove the remaining modules and transport them to the dismantling yard.

TAQA added that the 36,000-ton structure was sent to the AFOD Environmental Base in Vats, Norway, and is now being processed to reuse or recycle 95 per cent or more of the material.

Donald Taylor, TAQA managing director for Europe, said: “The Brae Bravo decommissioning project is a landmark moment for both TAQA and the North Sea offshore industry.

“The scale of this engineering feat cannot be overstated. Despite the challenges faced by the on and offshore team of the Covid-19 pandemic, this was completed on schedule and without any major incidents recorded – highlighting our commitment to health and safety.

“Decommissioning and late-life management of offshore assets will play a major role in our journey to a lower carbon future, and Brae Bravo will be the blueprint for all future TAQA decommissioning programs in the North Sea”.

It is worth reminding that TAQA took over the operatorship of the Brae area from RockRose in 2020 following court proceedings brought on by TAQA and other partners in the field.

Over its 33-year lifetime, Brae Bravo produced more than 500 million barrels of oil equivalent and is widely recognized within the industry as an iconic asset in the pioneering Brae fields.

The only remaining visible element of Brae Bravo is the top of the jacket above the sea surface. A dedicated navigational aid has been installed on the remaining structure and a 500-meter safety zone will remain in place until the jacket is decommissioned in 2022.

It is worth noting that Sleipnir has been very busy recently with the completion of the removal of Brae Bravo coming only days after it transported and installed the Hod B platform on behalf of Aker BP.