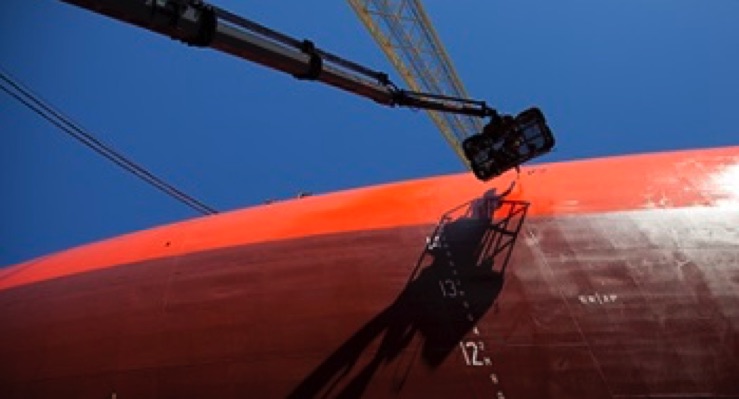 Since its launch in 2013, the Hempaguard X7 hull coating has been applied over 2,000 times. Hempel has continuously documented Hempaguard X7’s ability to reduce fuel consumption and CO2 emissions for shipowners, and now the exact impact has been calculated.

“Reaching this important milestone of 2,000 full ship applications in just seven years proves the value of the solution for our customers,” said Michael Hansen, executive VP and chief commercial officer.

“Simultaneously, it emphasises the importance of developing solutions that help our customers deliver on their sustainability agendas while also reducing their costs tremendously. One of the key elements in our new strategy is to contribute to a more sustainable direction in the world. Solutions like Hempaguard will be essential to that.”

Hempaguard X7 is based on Hempel’s patented Actiguard technology, which combines the smoothness of a silicone coating with efficient fouling preventing biocides in a single coat.

Hempaguard X7 was the first fouling defense coating to use this innovative technology, and its significance has been immense for Hempel and the marine industry in general.

“By delivering fuel savings of at least $2.6 billion and reducing CO2 emissions by 23.5 million tons – equivalent to the emissions from 1.2 million passenger cars per year since 2013 – we’ve confirmed our position within fuel reducing coatings, fouling defense systems and hull coatings,” Hansen said.

The 2,000th application of Hempaguard X7 was completed on the TORM Titan.