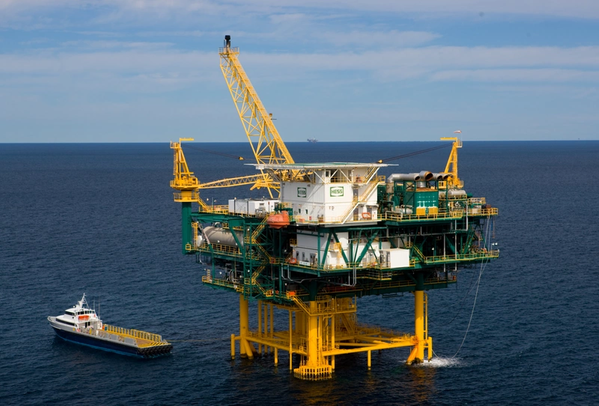 A Hess platform in the Gulf of Mexico – Credit. Hess

U.S. oil and gas producer Hess Corp reported a bigger-than-expected quarterly loss on Wednesday and slightly lowered its full year production forecast, as its operations were hit by hurricanes in the Gulf of Mexico and lower production in South East Asia, sending its shares down 3.1% in early trade.

The company and its peers have lowered capital spending this year as part of larger cost cutting measures in order to keep their expenses in check, as they try to cope with record plunges in crude prices due to the pandemic through March and April.

The company cut its exploration and production (E&P) budget for the year to $1.8 billion from an earlier revised estimate of $1.9 billion. Its E&P budget is now down 40% from the $3 billion originally allocated for the year.

The New York-based company said its total production, excluding Libya, rose 10.7% to 321,000 barrels of oil equivalent (BOE) per day, partly due to contribution from the Liza field in Guyana which came online in December 2019.

Average selling price for the company’s crude oil fell to $36.17 per barrel.

Morgan Stanley analysts said that besides the storms, the lower forecast could indicate that Hess’ Guyanese consortium with Exxon Mobil Corp does not expect Liza I to hit nameplate production capacity of 120 million barrels of oil per day until late in the fourth quarter.

(Reporting by Yajush Gupta and Shariq Khan in Bengaluru; Editing by Rashmi Aich)